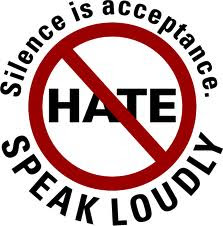 No respectable public advocacy campaign should tolerate anti-Semitism in its name.  But the anti circumcision movement allowed one of its prime leaders—Matthew Hess—to engage in the most rank bigotry with his Mohel Monster character in the “Foreskin Man” comic book without apparent objection,  The story was first broken by my wife, Debra J. Saunders, on her San Francisco Chronicle “Token Conservative” blog—and it took off from there.

We have had extensive discussions here, and I have been appalled at some of the rationalizations and justifications for a classic anti-Semitic and hateful image—that even said the “evil” rabbi would only be stopped when he was dead. Now, a non anti Semitic leader of the drive to place a ban on the Santa Monica ballot for 2012 has properly retreated so as to not be associated with such a despicable publication.  From the NYT story:

The primary backer of an effort to get a ban on circumcision on the ballot in Santa Monica is abandoning her push, saying the proposed legislation had been misrepresented as an effort to impinge on religious freedom. A similar measure in San Francisco is scheduled for a fall vote.

The woman, Jena Troutman, a mother of two boys who began the process of trying to get a ban on the Santa Monica municipal ballot in 2012, said the news media had distorted the effort. “The religious opposition really rose up, and I never intended it to be about that at all,” Ms. Troutman said. “Ninety-five percent of babies who are circumcised have nothing to do with religion — that’s what I was focused on. Once I discovered this bill was not going to open up the conversation but was closing it down, I wanted no part of it.” Ms. Troutman said she wanted to focus on educating parents through the Web site she runs, wholebabyrevolution.com.

Good for her. That’s the way to do it, anyway.

Hess says he remains confident that SF will pass his law despite his poisonous advocacy.  Don’t bet on it.  One of The City’s most powerful politicians—Mark Leno, gay, very liberal, Jewish—has blasted the anti-Semitism in a quote from a San Francisco Chronicle editorial decrying the comic book.  From the editorial (behind pay wall until June 9):

“It needs to be called what it is — which is blatantly anti-Semitic,” said state Sen. Mark Leno. “It’s meant to frighten; it’s meant to enrage”

True, Leno didn’t take a position on the initiative—but I know SF politics, and I think that sinks it.

Ugly anti-Jewish hate deserves to lose—regardless of its supposed justification.   Frankly, anti circumcision activists of good faith should publicly call on Hess to scrub the entire Monster Mohel edition of FM, and apologize.  If he doesn’t, they should publicly disassociate themselves and their cause from him and his work.  Never Again.
0
Print
Email
Prev Article
Next Article