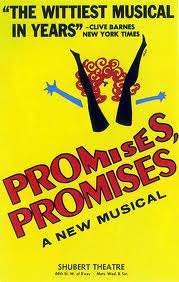 Foremost Health Care today stated that none of its insureds would have to wait more than 18 weeks to receive treatment from a specialist referred by their primary care physician. Minority Leader Nancy Pelosi reacting the news in a press release said, “This is what happens when we let greed run the health care system. This is why single payer is the better approach for America.”

Yes, I made that up. But can you imagine the furor if a private insurance company ever issued such a statement? Congressmen would rush to the cameras! Hearings would be held! The president would cite it as evidence of why he should be reelected in 2012—to put an end to such profits before patients practices.

Oh, don’t get me wrong.  The story is real. In actuality, it wasn’t a private insurance company making the promise, but a representative of the Scottish government. From the Scotsman story:

Patients in Scotland will not wait longer than 18 weeks for treatment after being referred by their GP, pledged the health secretary. Nicola Sturgeon said figures showed that 85 per cent of patients were already being seen within this target as she vowed that this would cover all patients by December. But the battle to bring down waiting times still lags behind the NHS in England, where the 18-week target was introduced much earlier and where almost 90 per cent of patients are treated within that time. The figures published yesterday show wide variation between boards in their efforts to meet the 18-week target, while some have warned that hospitals are struggling with limited resources to meet targets.

No private insurance company could ever get away with such a backlog that it is considered progress for waiting periods for treatment to be no longer than 4 1/2 months! Only governments can get away with making such a mess.
0
Print
Email
Prev Article
Next Article