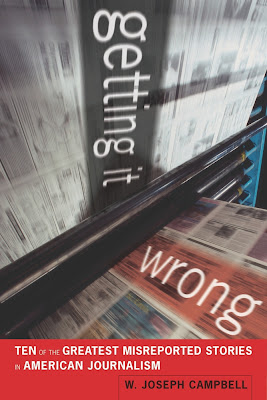 As we move along in our review of Kevorkian obits (Bloomberg Best in Field), we now turn to the New York—all the news we see fit to print—Times.  And of course, the paper of record, byline Keith Schneider, is often overly flattering to K, omits crucial facts, and is sometimes just plain inaccurate. From the story:

In arguing for the right of the terminally ill to choose how they die, Dr. Kevorkian challenged social taboos about disease and dying while defying prosecutors and the courts.

Again with the “terminal illness” baloney.  It wasn’t true.  It was never true.  In fact, way back in 1995, I wrote a piece for the NYT op/ed illustrating how many of K’s assisted suicides were clearly not terminally ill (about which the editors ran me ragged in the fact check process).  From “Depressed, Don’t See Kevorkian:

If a patient with multiple sclerosis has bed sores, it means by definition that, for whatever reason, he or she is not receiving adequate medical care,” Dr. Randolph B. Schiffer, an adviser to the National Multiple Sclerosis Society, told me when I asked whether that condition could be generally considered normal for such a patient.

Last month, Esther Cohan, who was 46 years old, committed suicide with the help of Jack Kevorkian. Ms. Cohan, who had multiple sclerosis, was disabled but not terminally ill. Esther’s sister told reporters that her sister’s body was covered with bed sores. Yet, according to Jack Kevorkian’s lawyer, Geoffrey Feiger, Dr. Kevorkian had been “counseling” Ms. Cohan since March. Didn’t he know that he was participating in the suicide of someone who, by Dr. Schiffer’s standards, appears to have received inadequate care?

In fact, Kevorkian was an outright death-on-demand advocate, advocating for the establishment of suicide clinics where nearly anyone could go who wanted to die (and/or be experimented upon)—even stating that euthanasia should have been available to the victims at Jonestown, an example of what he called “obligatory suicide”.  From Prescription Medicide, pp 197-98:

This category comprises those irrevocably condemned to kill themselves. Here a combination of extrinsic and intrinsic pressure forces the self-destruction exemplified by the Zealot. A more current example is the Japanese ritual of hari-kiri [which K then vividly describes]...The ritual suicide of suttee in India also fits this category...If these examples seem too remote and exitic, then consider another one closer in time and space, involving healthy Americans. It ranks as one of the most bizarre episodes of obligatory suicide in modern times: the mass death by cyanide of almost one thousand fanatic adherents of the Jim Jones religious cult in Guyana in 1978.  Diehard critics of euthanasia would probably argue that the awful scene of many contorted bodies of men, women, and children scattered willy-nilly over the shrubby fields was less grotesque than would be the imagined sceine of the same bodies handled in an individual and respectfully proper way after an ever more serene death in an orderly clinical setting.

Can you imagine the mind that could write those words?

It goes downhill from there, for example crediting Kevorkian for bringing greater awareness of the benefits of hospice:

His critics were as impassioned as his supporters, but all generally agreed that his stubborn and often intemperate advocacy of assisted suicide helped spur the growth of hospice care in the United States and made many doctors more sympathetic to those in severe pain and more willing to prescribe medication to relieve it.

I know no critics who would so credit him, and I am personally acquainted with most of the prominent K-phobics.  In fact, the opposite is true. For example, K and his lawyer often talked about how pain couldn’t be relieved, and that killing was the only way out.  Indeed, I once exploded at the lawyer when we appeared together on ABC Good Morning America in the wake of the Thomas Youk murder, after he said Youk was doomed to die by choking on his own saliva—a clear lie often told by assisted suicide advocates that does not happen to such patients receiving proper medical care.

The obit actually mentions the desire to experiment on condemned prisoners, but somehow fails to note—as most MSM usually do—that this goal also drove his assisted suicide campaign.

Schneider provides a generally accurate overview of Kevorkian’s court triumphs and final downfall.  But overall, it fails the test of accurate context and complete content.

Schneider should have read the Bloomberg obit, he might have done a better job.  But then again, at least Schneider spelled Kevorkian’s name right.
0
Print
Email
Prev Article
Next Article