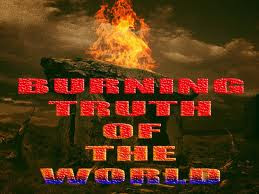 Peter Singer reviews a new book called On What Matters in his syndicated column.  Philosopher Derek Parfit apparently argues that there is such a thing as objective truth, and indeed, that we need to find “what really matters” if life is to have any ultimate meaning.  Singer writes that he has tended to doubt that such a thing exists.  Then, because the author agrees with some of Singer’s political views, he jumps to an decidedly unobjective conclusion. From Singer’s “Does Anything Matter?”

When Parfit does come to the question of “what matters,” his answer might seem surprisingly obvious. He tells us, for example, that what matters most now is that “we rich people give up some of our luxuries, ceasing to overheat the Earth’s atmosphere, and taking care of this planet in other ways, so that it continues to support intelligent life.” Many of us had already reached that conclusion. What we gain from Parfit’s work is the possibility of defending these and other moral claims as objective truths.

Note, the phrase, “many of us.” Apparently, only philosophers’ views really matter, and indeed, only they can determine “truth.”

Let’s get real: Rather than being “objective,” the two professors’ agreement could merely mean that whatever their philosophical differences, they share the predominate ideological and political biases shared by most among the academic Intelligentsia.  Indeed, that is the far more likely explanation, and in any event, the two contemporary philosophes’ agreement is hardly evidence that their beliefs are objective truths.
0
Print
Email
Prev Article
Next Article