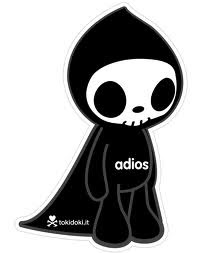 I am repeatedly amused by those who decry Obamacare critics as alarmists for warning that it will lead to rationing—who then argue we need rationing.  I have posted about a few of those examples before.

I don’t know if Richard Lamm supports Obamacare, but he has wanted rationing for years.  He has an article out in the Denver Post re-arguing that position.   There isn’t much new, but there are a few points I think worth commenting upon.  (I won’t get into the statistics game.  For example, he writes that 51 million “of our fellow Americans” don’t have health insurance, which is rot, since that number includes about 12 million people who are not legally entitled to even be here.)

First, note how medicine is being steadily de-professionalized.  From “Rationing Could Fix Health Care:”

Health expert Reinhardt Priester says, “Providers should not do everything that maximizes benefit in an individual patient, since doing so may interfere with the ability of other patients to obtain basic services.” This is a whole new way of thinking that is unpopular but also inevitable.

Not doctors, but “providers.”  And these “providers” would, by definition, no longer have a fiduciary relationship to the patient client, consumer, because the provider’s first loyalty would be to society, and indeed to other individuals that were not his or her patients.  So much for optimal care:

Seniors have long expected Cadillac care for a moped premium, with the taxpayers covering the difference. These unrealistic expectations lock us into nation-threatening deficits. Rationing is the price an aging society must pay to prevent health care from crowding out all other public needs.

But there is more. We should shift our emphasis from quantity of life to the quality of life. If we put death in perspective and use fewer desperate measures to extend life, we would free up money to spend on improving the quality of our lives. Why do we give regimes of chemotherapy to people who might extend their lives for two months? Why not shift some of the money we now spend on high-cost, low-benefit medicine to such low-tech services as meals on wheels, emergency response systems, telephone reassurance, adult day care, etc.?

Ah, the old duty to die sooner rather than later, gambit.  Moreover, this is how rationing could tear us apart, pitting disease groups against each other and special interest competitions.  In such a system—already too rampant—the connected win and the others are out of luck.

No citizen can expect and no nation can afford to give the Hippocratic oath a blank check.

And the devolution of medicine from a learned and altruistic profession into a mere technocracy will be complete.  Richard Lamm understands some of the problems, but his prescriptions are worse than the disease.