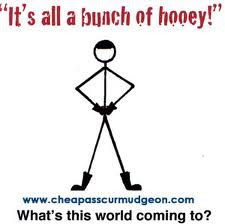 Continuing with my review of Kevorkian obituaries, we now turn to the revisionist history in the Washington Post. My jaw dropped—and I thought I had seen every angle possible in Kevorkian hagiography—when Post writer Sindya N. Banhoo actually credits Kevorkian with a short-lived assisted suicide court victory that he had absolutely nothing whatsoever to do with.  From “‘Dr. Death’ Jack Kevorkian Dies at 83:”

One of his greatest victories occurred in March 1996 when a U.S. Circuit Court of Appeals in California ruled that mentally competent, terminally ill adults have a constitutional right to die with the aid of medical experts and family members. It was the first federal endorsement of its kind.

Astonishing and utterly false.  This is a reference to a ruling by Chief Judge Reinhardt of the Ninth Circuit Court of Appeals (of course!) in Compassion in Dying v. The State of Washington, which did not involve Kevorkian at all, but rather, arose from an attempt by pro assisted suicide lawyer Kathryn Tucker to create an assisted suicide Roe v. Wade. Not only was K not involved in the case—it sought to overturn Washington-State’s then existing ban on assisted suicide—but Reinhardt’s radical decision also  included people with disabilities, and even people who could not decide for themselves.  It might also have been worth mentioning that the Supreme Court overturned Reinhardt 9-0 (Glucksberg v. Washington, 1997).

The Post typically omits Kevorkian’s obsession with human experimentation and his desire to set up euthanasia clinics, the fact that most of his assisted suicides were not terminally ill, and his grotesque art in which he used human blood as part of his medium.  But, that is par for the course.

But giving K credit for a supposed court victory for assisted suicide was a doozy of fiction writing!
0
Print
Email
Prev Article
Next Article