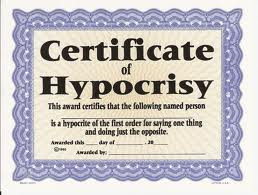 This is so funny. The National Center for Science Education—which spends a lot of time and money castigating my Discovery Institute pals about wanting to teach intelligent design as supposed “religious advocacy” in public schools (they don’t)—apparently has no problem with religious argumentation when it supports neo Darwinism and opposes human exceptionalism. From a promo for a lecture by its Director for Religious Community Outreach, Peter M. J. Hess:

Earth’s biosphere is poised on the brink of the sixth mass extinction event during the past 450 million years, this one of human making. Although the factors underlying our looming ecological crises are diverse, one in particular stands at the root: the doctrine of “human exceptionalism.” Born of an antiquated notion of the Abrahamic traditions that humans were created to rule over the earth, human exceptionalism has undergirded the philosophy that Homo sapiens—alone of all species—is exempt from biological constraints. This attitude leads to the inevitable failure of our ecological stewardship, and may very well prove fatal to our species and to our planet mates.

Baloney. Human exceptionalism holds, among other tenets, that humans possess solemn duties to the environment and, indeed, to engage in proper “stewardship.”  Nor does it claim that we are exempt from “biological constraints.”  That would be ludicrous. I mean, good grief, only transhumanists think that is possible. Moreover, as I have written, religion isn’t necessary to believe in HE. Or to put it another way, if being human isn’t what requires us to engage in “stewardship,” what on earth does?

And get this: Hess’s lecture will specifically center around Christian religious concepts—this, by a representative of a science institute dedicated to keeping “religion” out of public schools!

Can we unearth the roots of an alternative theological story that integrates Homo sapiens more fully into creation? Starting from the Pauline conviction that “all creation is groaning together” (Rom. 8:22), I will look at poetic and theological resources within the Roman Catholic tradition that challenge human exceptionalism. I will compare some insights of Gerard Manley Hopkins, Alice Meynell, and Karl Rahner on the relationship between God, humanity, and evolving creation. In the words of Karl Rahner, SJ, “The point at which God in a final selfcommunication irrevocably and definitively lays hold on the totality of the reality created by him is characterized not as spirit but as flesh. It is this which authorizes the Christian to integrate the history of salvation into the history of the cosmos” (Hominization [1958], 55). Creation is the domain of God’s redemptive work, capable of bearing the Incarnation and, in turn, of being transfigured by it. Integrating humanity into the evolutionary creation story is essential to articulating a coherent environmental ethic.

What does any of this have to do with Darwinism and “defending the teaching of evolution in the public schools?”  These people are shamelessly hypocritical. What a hoot.

Update: The original post stated that the NCSE was hosting the lecture. It isn’t.  It is boosting it on its Web site.
0
Print
Email
Prev Article
Next Article