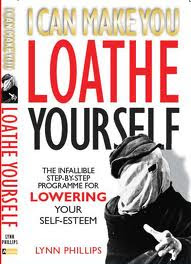 The attacks against human exceptionalism are many and varied, mostly coming out of what is sometimes called the Liberal Intellegentsia. Explicit case in point by the founder of “Ethologists for the Ethical Treatment of Animals,” professor emeritus (of course!) Mark Bekoff.  Writing at his Animal Emotions blog at the Psychology Today Website, Bekoff slams human exceptionalism in an emotional jumble called, “Animal Minds and the Foible of Human Exceptionalism.”  From Bekoff’s blog:

Nonhuman animals (animals) are magnificent and amazing beings. They clearly have wide-ranging cognitive, emotional, and moral capacities. We can learn a lot from them if we open or minds and hearts to who (not what) they really are. We should be proud of our citizenship in the animal kingdom. Scientific research is changing the way we view other animals. We don’t have to go beyond the science or embellish what we know to appreciate how they express their intellectual skills and emotional capacities. We’re clearly neither the only conscious beings nor the sole occupants of the emotional and moral arenas in which there are also some surprising residents including honeybees, fish, and chickens. Surely we have no right to intrude wantonly into the lives of other animals or to judge them or blame them for our evil ways.

Good grief.  Only humans can have “evil ways,” because only we are moral agents. Nor are we “citizens” of the animal kingdom, in the sense of being just another member of the forest society.  Indeed, only we can rationally discern the “kingdom’s”  existence.

Humans inhabit a place uniquely our own—not wholly removed from the natural world, to be sure, but certainly not wholly within it, either.  And it is ludicrous to consider bees, fish, and chickens or any other animal to be moral actors in the sense that humans are.  Only we decide what is moral and not,  e.g. only we promulgate moral codes using rational and conscious processes. Besides, virgin queen bees kill other newly hatching queens. Fish are merciless hunters. Chickens establish rigid pecking orders.  Male dolphins force themselves upon unwilling females in packs.  If humans did that, it would be gang rape.  Hyenas eat prey alive uncaring about the pain experienced by the animal being eaten.  Elephants destroy local ecosystems in their foraging with nary a thought for the consequences to other animals and plants of their destructive eating habits.  They are just being animals, in so doing.  But if they were moral agents, they would surely be harshly judged.

Illustrating Bekoff’s unhinged beliefs, he turns to the animal rights radical Stephen Best for support.  That is very telling. As I pointed out in A Rat, is a Pig, is a Dog, is a Boy, Best is a wild radical, whose has supported violence in the cause of liberating animals—calling “non violence against animal exploiters” a “pro-violence stance that tolerates their [animals] blood-spilling,” urging “counter terrorists” animal liberationists “to wage a perfect war against oppressors of the earth.”  As a consequence of his advocacy, Best has been banned from entering the UK, and shame on Bekoff for relying on anything Best writes as authoritative.

Back to Bekoff’s own nonsense:

We need to be more compassionate, empathic, and humble and act with greater concern for animals and their homes. We suffer the indignities to which we expose other animals and in the end we all lose when we ignore nature and act as if we’re the only animals who count, that we are exceptional and better and can do whatever we want because we can. Power is neither license to make other animal’s lives miserable nor to redecorate their homes with no concern for their well-being.

This is the kind of utterly sophmoric pap we often see in attacks against HE. We do not do “whatever we want” to animals “because we can.”

Hello! Animal Welfare Act.  Anti cruelty laws.  Treaties against poaching. Indeed, one can argue reasonably that we should do more than we now do.  But we self evidently don’t do whatever we want to animals:  Otherwise Michael Vick would never have been jailed. In fact, it is human exceptionalism that allows us to understand that we are not the only ones who count,that animals can feel physical and emotional pain, and that as a consequence, we have positive duties toward animals in our treatment of them.  I am not sure what he means by “redecorate their homes,” but animals don’t have aesthetic tastes.

Bekoff’s piece is typical of the hyper emotionalism and irrationality being used to undermine human exceptionalism.  And the campaign is spreading.  The publishers of Psychology Today might want to take note that if Bekoff and Best prevail, the mental health sector will no longer be able to study animals in experiments aimed at gaining greater understanding of our and their mental faculties.