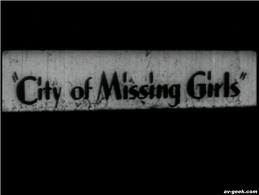 Secondhand Smokette has a terrific column out in today’s San Francisco Chronicle reviewing  the book Unnatural Selection: Choosing Boys Over Girls by Mara Hvistendahl. Hvistendahl, no pro lifer, demonstrates that because of sex selection abortion, there are 160 million fewer women and girls than would otherwise be with us. That’s quite a toll.

This female dearth is leading to societies with severe gender imbalances, such as those in China and India, into an era of instability and an upsurge in sex crimes. Debra expresses alarm and notes that this agenda has reached US shores. She concludes that sex selection is a major human rights concern. From “In This Brave New World, Girls Disappear:

San Francisco internist Sunita Puri warns, “The technology moves faster than the discussion, and we have no data on the short- and long-term consequences of what we’re doing.” Puri is the lead author of a 2011 article in Social Science & Medicine that looked at the fetal sex selection among Indian immigrants. Authors interviewed 65 immigrant women who had sex-selection abortions in America. Some feared that a daughter would engage in consensual sex and bring shame on the family. Some told of coercion - from their husbands and mothers-in-law - to produce a male heir. Many lied to their doctors, saying that they could not afford a baby, when their family did not want them to have another girl.

These immigrant women, the study observed, “are both the assumed beneficiaries of reproductive choice while remaining vulnerable to family violence and reproductive coercion.” Puri believes clinical studies are needed to look at the potential harm that comes with the status quo. Canadian sociologist Sharada Srinivasan has another suggestion. As she told Hvistendahl, at some point, feminists have to define sex selection as a human rights abuse. That would be a good start.

Agreed. Social sex selection, whether abortive or via IVF, is a form of eugenics that has no place in any decent society.
0
Print
Email
Prev Article
Next Article