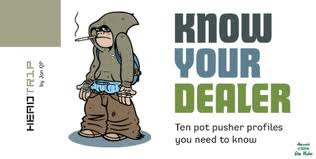 The medical marijuana movement has, sadly, turned into (or been co-opted by) a get high movement.  And the glamorization of pot use is growing.  The Discovery Channel is now going to have a “reality” show about a “medical” marijuana distributor.  From the Entertainment Weekly story:

Discovery Channel is set to announce a potentially controversial new series: A docu-soap reality show set in the country’s largest medical marijuana distributorship and starring a pot reform activist. This fall, the network will unveil Weed Wars, where cameras follow the day-to-day dealings of a California ganja store. The show follows Steve DeAngelo, the owner of Oakland’s Harborside Health Center, which serves 80,000 clients. According to the network, DeAngelo strives to provide patients with the highest-quality product and uses his business to promote the national regulation and taxation of cannabis.

One in four people in Oakland do not need “medical” marijuana, and that “clinic” is hardly the only one selling cannabis in the area.  Indeed, we are swimming in pot distribution in the SF environs.  So, this show is really about promoting recreational use, as the “star” basically admitted in describing his purpose.  But this part of the story won’t make the program: Oakland is a terribly dysfunctional city on almost every level. It’s schools are just awful.   In part, Oakland’s social problems are caused by recreational drug consumption.

It is terribly wrong for the Discovery Channel to encourage marijuana use and glamorize cannabis distribution. Clearly, the “clinic” isn’t really about “people getting their medicine,” (wink, wink).  I mean, would anyone watch a show about the workings of a pharmacy?

Why is it that people complain when movies or television shows have positive characters smoking cigarettes but are silent on equally promoting depictions of pot use?  That’s a rhetorical question.  We know the answer.

I hope the Feds arrest DeAngelo.  Once the show airs, U.S. Attorneys will have all the evidence they need.  I just wish that the Discovery Channel could be charged as an accessory.
0
Print
Email
Prev Article
Next Article