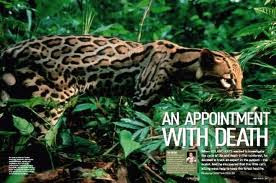 My uncle died of Alzheimer’s.  I hate that I felt the need to give my bona fides, but in an age where emotional narratives usually rule over reason, it is sometimes necessary.

The Huffington Post published a piece by religious lefty April L. Bogle, that basically says we should kill people with Alzheimer’s and other morbidly elderly, rather than care for them until the natural end of their lives.  She uses an advocacy formula I have often seen deployed for promoting radical bioethical “reform”—first make a harsh and dehumanizing analogy that undermines human exceptionalism, then take it (sort of, but not really) back, followed by a call for “serious conversation” for allowing acts that will take us deeper into the moral abyss.

Bogle describes the suffering of her father, “a progressive thinker and agent for social change” (does that really matter?) from Alzheimer’s, describes the all-too-true difficulties such patients experience—and the very real pain also endured by their loved ones watching the slow decline.  (Been there, done that.) Then, she gets into the rain forest solution.  From “How Would the Rainforest Handle Alzheimer’s Disease?”:

In a nursing home, there is no system for life and death except the endless waiting. The rainforest, on the other hand, has it all worked out. Obviously it is a brutal plan, but I argue no more horrendous than the “care” people endure in a nursing home. In the rainforest, everything is about survival — from being eaten, from lack of sun or water, from limited nutritious soil. Yet everything, except perhaps the big cats and big snakes, gets eaten. Everything dies. And the remains are taken care of by four different kinds of vultures and thousands of other natural recyclers...

Is this more brutal or terrifying than an Alzheimer’s home? At least in the rainforest, nature is in balance and everything is there for a purpose. It is a highly complex system of interconnectedness and interdependency that functions perfectly when left on its own.

And here I thought that the mark of human progress and civilization was how we had moved beyond the merciless tooth and claw of nature.  Silly me.

She then discusses how our unproductive parents and grandparents, spouses, brothers and sisters, friends, cousins, and aunts are a drag on society:

So what can we learn from this [rainforest patterns of life and death]? That unnatural ways of extending life aren’t necessarily a good thing. There is no design for handling the prolonged decline and decay, and this is breaking down some vital systems. The cost of care is draining Medicare and Medicaid coffers and threatening their continued survival. Family finances are being wiped out, forcing relatives who are living full and productive lives to sacrifice their possessions and downscale their activities. Once vibrant family caregivers are dying earlier than their sick loved ones, zapped of energy, creativity and vitality. Investors are profiting from the burgeoning senior population, while communities across the nation are in serious debt and forced to cut back on education and other programs that support the growth and development of new generations.

Why not just say it? “Parasites!”

Then, having devalued the helpless elderly as being no good to anyone or themselves, she brings in the old hedge to show she’s not really crass:

No way am I suggesting we leave our loved ones to die and let nature run its course like the rainforest would. But I am urging our society to create a responsible plan for cleaning up the mess it has made. Just as the rainforest is an ecosystem that naturally balances its life cycle, so too can our society be intentionally restructured to provide more humane end-of-life options for people stuck in the “new old age.”

Like what?  Very elderly people and their surrogates can and do refuse medical treatment any time they want.  No antibiotics, for example, DNR orders in the event of heart failure, no kidney dialysis, etc.

Since life-prolonging treatment can be refused now, and no one  would advocate withholding personal care, what can she be talking about? Why, killing of course, and putting the morbidly elderly and ill out of their and our misery.

We need to start a serious conversation among religion and law, and the health sciences and the human sciences, to figure out how we can let people die in a way that allows human reason and decision-making to play a major role.At the very least, we should allow people to determine — when they are still of sound mind and body — what they would like to do when they reach the point of no return, either mentally or physically. This “Enhanced Advanced Directive” would be legal for health care providers to follow, even if it calls for assisted suicide.

There are between 2.4 and 5.1 million Alzheimer’s patients in the USA today.  Are we really prepared to overdose hundreds of thousands of people when they reach advance stages—or help them kill themselves while still competent?

Apparently Bogle is.  Worse, she creates a toxic recipe made up of killing (ending life), a utilitarian payoff for society (medical and care-giving cost saving), and the desire to liberate families from the intense emotional stress and financial load of long-term care for our elderly.  Since such a policy would return us to the bad old days when indigenous tribes abandoned the elderly to the elements because they couldn’t care for them, her rain forest analogy is actually quite apt.

Bottom line: No, let’s not talk about it, but rather, reject it out of hand.  “Serious conversations,” no matter how earnest, can’t transform wrong into right.

Update: SHSer Lydia recalls that David Brooks took the same route recently, pejoratively calling profoundly disabled people “bags of skin,” and then after hanging our budgetary woes on their shoulders, assuring us that he “obviously” wasn’t saying they should be abandoned on hills. Hardly obvious.   Good catch, Lydia!
0
Print
Email
Prev Article
Next Article