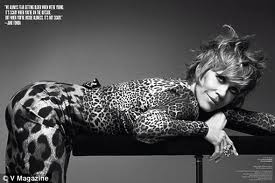 So an 83-year-old woman has given herself implanted, what my generation used to call, “falsies.”  From the CBS story:

Marie Kolstad, of Orange County, is the mother of four, the grandmother of 12 and great-grandmother to 12. Last month, Kolstad decided she needed a little boost in her breasts. So she spent $8,000 for a three-hour procedure. She figured her family wouldn’t approve, so she didn’t tell them about the surgery until a day before she was scheduled to go under the knife. Kolstad is not unique. The New York Times reports that a growing segment of the population, namely seniors, is opting for age-defying plastic surgery like never before. And Kolstad told the newspaper that her doctor has patients even older than she. One NY plastic surgeon said nearly ten percent of all procedures involve people over 65. A fountain of youth, indeed. Apparently 83 is the new 38.

Yes, we must gush, media, mustn’t we?  Next stop Oprah.

This isn’t a big story, and certainly there is nothing to be done about it legally.  But in an age when we worry about strained medical resources, think about the amount of  professional expertise, time, effort, medicines, etc., that went into this and similar pathetic exercises in vanity.  The cosmetic surgery sector—as opposed to things like reconstructive procedures—wastes doctors, nurses, and medical equipment on frivolous surface issues—and makes the most money doing it. Imagine the benefit to society if these resources were folded back into real medicine helping people with real health issues.

Stories such as this tell us how deeply the hedonistic division of the coup de culture has distorted our values.  Worse, it illustrates how deeply we now loathe, rather than respect, the elderly.  And they are getting the message.  I mean, this elderly woman risked her life to pretend to be 30. Meanwhile, 73-year-old Jane Fonda (pictured above) just looks pathetic.

The only way to defeat this slide into decadence is to refuse to participate.  And not ooh and aaah when others do.
0
Print
Email
Prev Article
Next Article