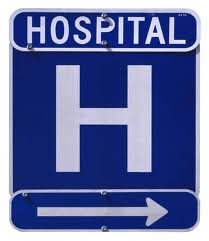 There may really be no such thing as a magic bullet, but hospitalists were supposed to be the medical equivalent.  Unfortunately, a new study casts significant doubts that the system is working as well as hoped.

First, a little background: In hospital treatment used to be directed by a patient’s primary care physician, who would be responsible for admission, directing sub specialist care, and discharge.  But that was deemed too costly.  So the hospitalist system was devised in which physicians employed by—or contracted with—the hospital, take over the coordination and discharge duties from the PCP.  It was hoped that the less personalized care—the hospitalist is a stranger to the patient—would be more than made up for by the specialized training the hospitalist receives.

But a study shows that while patients are released sooner under the hospitalist system, they also might be being released sicker—requiring return visits to the ER which washes away the cost savings.  From the American Medical News story:

The proportion of inpatient care provided by hospitalists has more than quadrupled since 1995, and many studies have found that patients cared for by hospitalists go home sooner than those who receive hospital care from their primary care physicians. Shorter lengths of stay save hospitals money and could be a sign of higher-quality care, but a new study of nearly 60,000 Medicare patients over five years sheds light on how hospitalist-treated patients fare after they are discharged.

The patients cared for by hospitalists were discharged more than half a day earlier than patients treated by their primary care physicians, and their hospital charges were $282 lower on average. But the hospitalists’ patients were 18% more likely to visit the emergency department within 30 days of leaving the hospital and 8% likelier to be rehospitalized within a month. For the 30 days following discharge, the hospitalists’ patients averaged $332 more in Medicare charges than patients treated by primary care physicians, meaning that hospitalist-provided care was costlier over a month despite the earlier discharges. The results were published in the Aug. 2 Annals of Internal Medicine (annals.org/content/155/3/152). “There could be discontinuity of care with hospitalists,” said Yong-Fang Kuo, PhD, the study’s lead author. “There may be post-discharge problems with communication that are causing hospitalists’ patients to visit the emergency room and to be readmitted more often.”

I sometimes joke darkly that thanks to the Medicare diagnosis related group form of capitated payments to hospital, the most important person in the patient’s care is the discharge planner.  Hospitalists are part of that system, but are there to ensure better efficiency in treatment and discharges, while prompt, that are not rushed before a patient is ready.  This study is not a reason to give up on that system.  But it does call for further investigation to ensure that patient well being isn’t sacrificed in the drive to save money.
0
Print
Email
Prev Article
Next Article