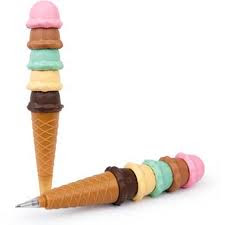 Obamacare seizes control of health care and centralizes control over benefits and prices into an unaccountable centralized bureaucracy. That turns health care into a source of special interest larding, that will become important to buying the loyalty of the Democratic Party’s many and varied benefit goody-grasping constituency groups.

We have already seen the pattern before the law goes fully into effect.  Bureaucrats, following an advisory group’s recommendations, have now imposed free birth control, breast feeding services, domestic violence screening (not health care!) and other “reproductive health” benefits onto every health insurance policy in the country.  From the story:

The Obama administration says health insurance plans must cover birth control for women with no copays. The requirement, affecting most insurance plans, is part of a broad expansion of women’s preventive coverage. Breast pumps for nursing mothers, an annual “well woman” physical, counseling on how to avoid sexually transmitted diseases and other services will also be covered at no cost to the patient. The new benefits won’t take effect for at least another year, Jan. 1, 2013, in most cases. Insurers are expected to pass the cost on to their customers through slightly higher premiums.

And when they do, they will be denounced as greed heads.  Nor will they likely be allowed sufficiently increased premiums to cover the eventual expense. Count on it.

And it won’t end there.  The pattern is set.  Special interest constituencies will continually demand ever more; e.g. coverage for illegal aliens, coverage for abortion, coverage for IVF, etc. etc. etc.  At the same time, powerless people will be offered ever less, e.g., imposition of futile care theory and health care rationing against the morbidly elderly, the dying, and people with severe disabilities.  See, these groups have no powerful political constituency groups grabbing pieces of the pie for them.  They will matter little in the emerging corrupt system of exchanging health care benefit spoils in return for political support, which is the essence of Obamacare.

But all the political machinations don’t change economic rocks and hard places.  Because it is not really market based, stifles innovation, and aspires to create equality of results, Obamacare  is not financially viable or economically sustainable.  It will eventually crash and burn—and take what’s left of the country’s economy with it.

Post Script: For you liberals who like the idea of forcing private insurance to cover a crescendoing array of benefits, remember the sword will cut both ways.  If the government can force private insurance to cover all “reproductive health” (vast term inflation in this regulation), by the same means, a conservative government could forbid any health insurance policy from covering abortion.
0
Print
Email
Prev Article
Next Article