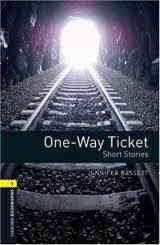 Anyone paying close attention to recent events must know that the assisted suicide movement’s ultimate destination is suicide as a general right. Now, in another step in the direction of death-on-demand, a notorious UK assisted suicide advocate is escorting an elderly woman to Switzerland to help close her (born-died) parenthesis in time.  From the Argus story:

A euthanasia campaigner nicknamed Dr Death has said he is preparing to take a Sussex woman abroad to be helped to die. Michael Irwin said he is expecting to escort the 91-year-old – who does not have a terminal illness – to Switzerland’s Dignitas clinic in the next few months. The woman is believed to be the first person from Sussex to use the clinic. Dr Irwin, a 79-year-old former GP, of Cromwell Road, Hove, has claimed he has helped 50 patients die. Speaking exclusively to The Argus yesterday, he said: “I’m in touch with somebody who lives in Eastbourne who is 91, who is not terminally ill but who will be going to Switzerland in the next two or three months. “She has extensive arthritis. She has decided, “I can’t go on much longer”.

I debated Irwin on the BBC several years ago before his assisted suicide activities came to light.  I found him to be a real death-on-demand zealot.

But back to the story.  Think about what it means when a suicidal person is told that their desire to be made dead is so right that rather than help the woman live, say through suicide prevention services or obtaining better pain control, a doctor is willing to fly with to Switzerland with her so she can return home as cargo.  It seems to me that this is a modern form of elder abuse because it both agrees with the suicidal woman that her life is useless, and more generally, promotes suicide as a splendid way for the elderly to overcome to the difficulties of old age. That some would see prevention as the real abuse illustrates how far we have fallen.

We are becoming a pro suicide culture.  I don’t see any other way to describe it.
0
Print
Email
Prev Article
Next Article