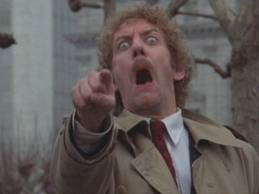 So predictable: A journal editor publishes a peer reviewed article going against the “consensus” on global warming.  “The scientists” and media go ballistic. “Pressure”—to use a mild term—is brought to bear.  The sinning editor resigns for having acted unscientifically by giving care and comfort to the heterodox enemy.

This appears to me to be the scenario in the resignation of the editor of a journal that published a paper by warming skeptics claiming NASA measurements showed that the earth sheds more warming into space than models predicted.  From the BBC story:

The editor of a science journal has resigned after admitting that a recent paper casting doubt on man-made climate change should not have been published. The paper, by US scientists Roy Spencer and William Braswell, claimed that computer models of climate inflated projections of temperature increase. It was seized on by “sceptic” bloggers, but attacked by mainstream scientists.

Wolfgang Wagner, editor of Remote Sensing journal, says he agrees with their criticisms and is stepping down. “Peer-reviewed journals are a pillar of modern science,” he writes in a resignation note published in Remote Sensing. “Their aim is to achieve highest scientific standards by carrying out a rigorous peer review that is, as a minimum requirement, supposed to be able to identify fundamental methodological errors or false claims. “Unfortunately, as many climate researchers and engaged observers of the climate change debate pointed out in various internet discussion fora, the paper by Spencer and Braswell... is most likely problematic in both aspects and should therefore not have been published.”

Interestingly, the paper was not retracted, so I guess it still stands despite the resignation.  I mean, if the paper was really unworthy of publishing, it should be withdrawn.  Perhaps that is because the authors would sue and all the external pressure would come to light?  I’m just askin’.

Here’s what paper’s co-author, warming skeptic Roy Spencer, said about the brouhaha. From his blog:

But let’s look at the core reason for the Editor-in-Chief’s resignation, in his own words, because I want to strenuously object to it:

…In other words, the problem I see with the paper by Spencer and Braswell is not that it declared a minority view (which was later unfortunately much exaggerated by the public media) but that it essentially ignored the scientific arguments of its opponents. This latter point was missed in the review process, explaining why I perceive this paper to be fundamentally flawed and therefore wrongly accepted by the journal

But the paper WAS precisely addressing the scientific arguments made by our opponents, and showing why they are wrong! That was the paper’s starting point! We dealt with specifics, numbers, calculations…while our critics only use generalities and talking points. There is no contest, as far as I can see, in this debate.

All of this reminds me of what happened to my friend and colleague Richard Sternberg after he published an intelligent design peer reviewed paper while an editor at the Proceedings of the Biological Society of Washington.  Boy did “the scientists” pounce! The Smithsonian was pressured to punish him for his heresy—and even though Sternberg’s work for the Institute was not in question, he consequently came under terrible pressure, eventually resigning when it became clear that he would be allowed to do nothing useful there in the future. The U.S. Office of Special Council found that Sternberg was indeed punished politically. Read the whole letter.  It reveals vividly how politicized science destroys those whom it disdains for giving safe harbor to dissidents.

I personally know of other examples, both public—David Prentice driven from Indiana State for opposing embryonic stem cell research—and private, for example people who backed off their public views to keep their jobs.

What is so ironically bizarre is that such vituperative neo-McCarthyism actually redounds in the public square against the majority view.  Vicious tactics to shut people up and/or prevent heterodox views from being published by destroying those who dare to so do, are noticed, and indeed, undermine the public’s trust in the objectivity of science generally.

Here’s another example: When “the scientists” found that a pro ID movie was being screened in a state owned venue, the screaming commenced and the the screening was cancelled.  Bad  move.  Lawsuit. Settlement. Good-bye a cool $100 grand.

Update: Unbeknownst to me, my pal Steve Hayward had a similar take on the resignation over at Powerline.
0
Print
Email
Prev Article
Next Article