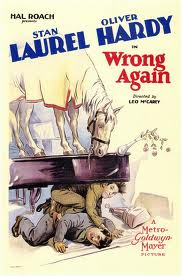 If they weren’t trying to destroy the economy of the world, keep destitute countries mired in poverty, undermine national sovereignty, and misusing science as a club to promote favored political policies, I might have some sympathy for all of the failed hysteria.  You know what I mean, anytime there is an extreme weather event—small hurricanes, heat waves, snow storms, arctic chills, etc.—the usual suspects start bleating, IT’S GLOBAL WARMING.  WE’RE ALL GOING TO DIE UNLESS WE TURN EVERYTHING OVER TO THE SCIENCE-TECHNOLOGICAL ELITE!

It just happened again.  Some alarmists have pointed to the tough Texas drought as evidence of global warming.  Wrong again. From a Texas Observer blog:

For nearly 120 years, since we’ve kept any kind of reliable records, La Nina has visited us 20 times, 19 of those resulting in below normal precipitation, according to Dr. Robert Hoerling, a National Oceanic and Atmospheric Administration research meteorologist, who served as the lead author of the U.S. Climate Change Science Plan Synthesis and Assessment Report.

In fact, of all southwest states, Texas is pretty unique because a relatively long-term forecast of below-average rainfall can be made with some certitude where she’s concerned. Now, just looking at La Nina won’t tell us how deep the drought will be, but her presence tells us something’s coming — or not.

We’re in the midst of a huge weather cycle called the Pacific Decadal Oscillation, which can last, as its name suggests, decades. Its cool phase is apparently ongoing. The bad news is that makes La Nina a likelihood. So, does that mean we’re in for a 50s-type drought that drags on for almost a decade? “We don’t have the ability to be able to forecast ocean temperatures, which were key in determining that 1950s prolonged drought,” he said.

Besides, he added, much about that drought — like this one — was unpredictable. Exactly why it was so dry, even when La Nina was dormant, is largely unknowable, left to unhappy chance and the Butterfly Effect. Or, at least, that’s what it looks like now.

Good news for us, but bad news for GWHs who want to use normal weather events to panic people into accepting their harmful prescriptions.  It isn’t working anymore.