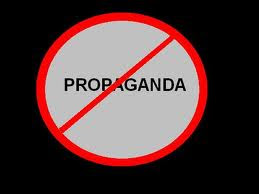 Atlas of the World wildly misstates the territory of Greenland that is now supposedly ice free.  Scientists have cried foul. From the ScienceInsider story:

So much for claims that climate scientists deliberately misrepresent their data: glaciologists are broadly and loudly panning the latest version of The Times Comprehensive Atlas of the World, released last week, which shows Greenland having lost 15% of its ice cover in the past 12 years due to warming, turning an area the size of the United Kingdom and Ireland “green.” The atlas is published by HarperCollins on behalf of London’s The Timesnewspaper. The trouble, researchers say, is that although Greenland’s ice sheet is retreating, the melt is nothing like the scale shown in the atlas and they are mystified at where the error arose. In a letter sent to HarperCollins on Friday evening, researchers at the Cambridge-based Scott Polar Research Institute (SPRI) quickly attempted to set the record straight. “A sizable portion of the area mapped as ice-free in the Atlas is clearly still ice-covered,” they wrote. “There is to our knowledge no support for this claim in the published scientific literature.”...

While satellite images show that ice in Greenland is certainly retreating in a way that is “very interesting and dramatic,” those retreat patterns are far too small to show in a map the resolution of the one in the Times Atlas. The 15% retreat, SPRI glaciologists have worked out, is 150 times the amount of ice loss that has actually occurred.

A spokesperson for HarperCollins, told the BBC that the data came from the U.S. National Snow and Ice Data Center, adding that the 15% retreat since the 10th edition of the Atlas was released in 1999 is a result of global warming and “much more accurate data.”

worries about that statement, and says the atlas data is definitely not accurate. “They might be about to make the mistake IPCC didn’t … and tough it out” rather than publishing a retraction, he says. “That pig won’t fly.” HarperCollins has declined to comment. “We’re really nervous about this one; it’s such a stupid mistake,” says Morris. “But people can say scientists say [this], and it’s just not true.”

This story illustrates both the cause of, and the solution to, GWH.  Kudos to the scientists on this one.  But they need to get the corrective into a high profile report by the popular media.  Happy to give a hand.
0
Print
Email
Prev Article
Next Article