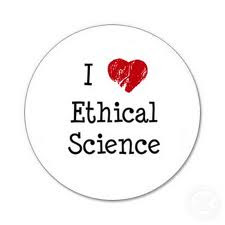 Ethical stem cell research continues to advance.  The University of Wisconsin, Madison—where human ESCs were first derived—has found the IPSCs and ESCs are virtually identical. From the U of W story:

A study released Sunday shows embryonic stem cells and induced pluripotent stem cells are almost identical. Since human IPS cells were first produced from mouse cells in 2006 and from human cells in 2007, it has been thought they were equivalent to embryonic stem cells, which are controversial because they are derived from human embryos. But new research, directed by Josh Coon, a UW-Madison associate professor of chemistry and biomolecular chemistry, shows the proteins in the two types of cells are almost identical...Coon, whose lab did the research in collaboration with Thompson’s lab, said there is less than a 1 percent difference in the proteins between one cell type and the other.

As I have stated in the past, I think President Bush’s funding policy had at least an indirect influence on the development of ethical “alternatives” to ESCR. Moreover, the continuing advances in IPSC research seem to show that we can have our ethics and pluritpotent stem cells too.

My view as a layman who pays close attention to this field, is that IPSCs will be best used in drug testing and cell line experimentation on diseased tissues that were tailor made from specific patients—what we were once told would require human cloning to achieve.  I also think adult stem cells will provide most of the clinical benefits for this field.  I could be wrong.  But unless they find a cure for the tumor threat, IPSCs will be constrained in medical uses just as embryonic stem cells have proven to be.

Yes, there are potential ethical problems with IPSC—not because of what they are, but how they could be used.  For example, they could be used in a form of cloning.  They could also be used to make viable gametes, that could be used in an inappropriate matter.  For example, if a skin cell could be reprogrammed into a human egg, the “egg dearth” problem for human cloning would be solved (one egg is needed for each cloning try) permitting the Brave New Worlders to get to work.  But the way to handle that is to regulate the field so these ethically derived cells are not used unethically.  For example, now would be a splendid time to outlaw all human cloning research, while most of the horses are still in the barn.
0
Print
Email
Prev Article
Next Article