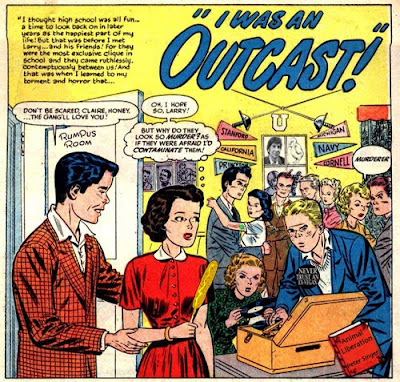 We are born omnivorous.  That is, whether we evolved, were designed, or created—choose your preferred descriptor—eating meat is a healthy part of a nutritious human diet.

Some, give meat up for ethical reasons and become vegetarian, or even, vegan in the pursuit of what they believe to be a more moral life.  I respect the move since it demonstrated human exceptionalism: I mean what other species would ever refuse natural food to make a moral point?

In this regard, I consider veganism akin to monasticism, in which advocates vow to live chastely and in voluntary poverty.  In other words, it is an action beyond the call of normal moral duty.  And it is not a sign of moral weakness if one returns from veganism to eating meat—just as monastics who return to the world are not moral failures. Thus, the slogan “Never trust an ex vegan,” is both cruel and inappropriately judgmental.

I have noted a few examples here of vegans returning to omnivorous normalcy.  And now, Meghan Fox has done the same. From the Examiner story:

Megan Fox is the latest name to add to the anti-vegan lifestyle after seeing the results of four months of the strict lifestyle. Taking about the results of the food intake, Fox shared with the Amica Magazine on Tuesday that she was too skinny.

She isn’t the first celebrity who has backed away from the vegan diet. Natalie Portman, Angelina Jolie and other actresses have shared results of being on such a diet. Jolie actually claimed the vegan lifestyle had her feeling malnourished. Megan Fox’s weight has been an issue on the tabloids for the past six weeks, looking as though she had lost so much weight it was brought up she might be starving herself. However the over the top weight loss Fox contributes to the vegan lifestyle where she gave up everything but raw fruits and vegetables. Eating a wide variety of foods has Fox back on her way to looking more like a movie star.

I’m so old, I admit that I don’t know who Fox is.  But she did the right thing if veganism deleteriously impacted her health.

I know that vegans can remain healthy if they carefully plan their diets and include supplements—the need for which demonstrates that we are not born vegans.  To the contrary, we are natural meat eaters and there is nothing immoral about following a natural human omnivorous diet.

This seemed a good time to bring back the “Vegan Fox.”