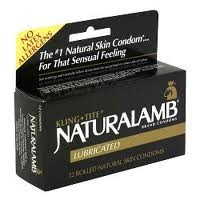 PETA is a subversive group, almost (?) a cult, that is so obsessed about animals there are almost no levels to which it will not stoop in the cause of erasing the moral distinction between us and animals.  Remember the vile “Holocaust On Your Plate” campaign that literally compared eating meat to Auschwitz? It is also a publicity addict, that will do almost anything—no matter how demeaning—to get in the news.

People for the Ethical Treatment of Animals, no stranger to attention-grabbing campaigns featuring nude women, plans to launch a pornography website in the name of animal rights. The non-profit organisation, whose controversial campaigns draw criticism from women’s rights groups, said it hopes to raise awareness of veganism through a mix of pornography and graphic footage of animal suffering. “We’re hoping to reach a whole new audience of people, some of whom will be shocked by graphic images that maybe they didn’t anticipate seeing when they went to the PETA triple-X site,” Lindsay Rajt, PETA’s associate director of campaigns, said.

The idea, apparently, is to attract people for the on-line sex, and then turn them off with graphic depictions of animal abuse:

Visitors to the X-rated site will initially be presented with pornographic content as well as images from PETA’s salacious ads and campaigns, Rajt said. Those images will be followed by pictures and video shot undercover of the mistreatment of animals. The site will also include links to vegetarian and vegan - using no animal products - starter kits as well as recipes.

None of the stories I checked described how far PETA’s pornsters will be going for the cause.  If it’s full hardcore, the descent of PETA will be complete.

But that’s fine with me.  PETA discredits the broader animal rights movement, which I consider a positive. Once the “animals are people too” approach is rejected, the important human exceptionalist conversation about maintaining proper animal welfare standards can take place without the fauna rights distractions.
0
Print
Email
Prev Article
Next Article