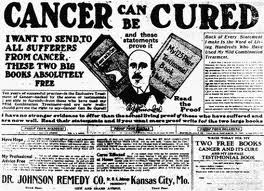 This is appalling.  A posthumous biography of Steve Jobs is out and it reveals that he had a relatively slow growing pancreatic cancer—and rather than having immediate surgery and standardized treatment, he tried instead to cure himself with a vegan diet and other similar nonsense!  From the AP story:

The book delves into Jobs’ decision to delay surgery for nine months after learning in October 2003 that he had a neuroendocrine tumor — a relatively rare type of pancreatic cancer that normally grows more slowly and is therefore more treatable. Instead, he tried a vegan diet, acupuncture, herbal remedies and other treatments he found online, and even consulted a psychic. He also was influenced by a doctor who ran a clinic that advised juice fasts, bowel cleansings and other unproven approaches, the book says, before finally having surgery in July 2004. Isaacson, quoting Jobs, writes in the book: “`I really didn’t want them to open up my body, so I tried to see if a few other things would work,’ he told me years later with a hint of regret.”

Good grief!  This is the terrible harm that quackery does.  People who sow distrust toward standardized cancer care and push unscientific “cures” and untested “novel” approaches to treating serious illnesses cost people their lives.

We will never know whether Jobs would have survived if he had obtained orthodox cancer care immediately.  But it is sure clear that the delay didn’t help.  In cancer, time is of the essence, and those nine months could have made all the difference.  What an awful, heartrending waste.
0
Print
Email
Prev Article
Next Article