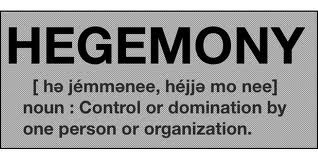 This must end.  “Experts” are advising bureaucrats to continue seizing control of the entire American health care system.  Now, the Feds are preparing to centrally dictate coverage terms for private policies across the nation. From the AP story:

The federal government is taking on a crucial new role in the nation’s health care, designing a basic benefits package for millions of privately insured Americans. A framework for the Obama administration was released Thursday. The report by independent experts from the Institute of Medicine lays out guidelines for deciding what to include in the new “essential benefits package,” how to keep it affordable for small businesses and taxpayers, and also scientifically up to date.

About 68 million Americans, many of them currently insured, ultimately would be affected by the new benefits package. That’s bigger than the number of seniors enrolled in Medicare. The advisers recommended that the package be built on mid-tier health plans currently offered by small employers, expanded to include certain services such as mental health, and squeezed into a real-world budget. They did not spell out a list of services to cover, but they did recommend that the government require evidence of cost effectiveness.

Centralization will make our system completely sclerotic.  Bureaucrats and “experts” cannot possibly create the kind of flexibility and efficiency that competition can.  And note, these bureaucrats are going to decide what benefits are worth covering financially.  Terminal cancer patients beware!  As one possible example, this could mean no coverage for life-extending chemo therapies—as has already occurred under government programs in Oregon (under Medicaid) and in other countries.  Obamacare opens the door wide to private insurance rationing, with no recourse from the patients denied coverage because the government told the companies they could say no.

Also, consider the size and astonishing diversity of the country—which I see first hand due to my national speaking gigs.  What might seem reasonable in New York or San Francisco, could well be considered onerous, immoral, or unnecessary in Hot Springs, South Dakota or Helena, Montana (and visa-verse).  Moreover, these diktats from on high deny individuals the opportunity to shop for policies with fewer benefits or very high deductibles then the technocrats want offered, and insurance companies that want to sell in the state exchanges, the opportunity to offer them—even if the company identifies a viable market.

Worse, as we have already seen, the Feds will just use this power to force private insurance—and their stockholders and insureds—to provide benefits that special interest constituencies want—as in the recent onerous and irresponsible imposition of a broad array of “free” benefits under the rubric of “reproductive” health—even though some of it had nothing to do with reproduction, and in the case of domestic violence screening, isn’t even “medical.” In other words, government is too broke to increase benefits, so it will make the private sector do it instead.

This horrible hegemony of unprecedented federal power must cease. Obamacare really has to go.