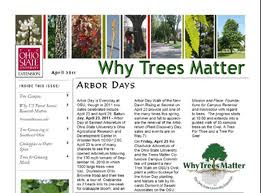 A few days ago, I criticized a government advisory panel’s recommendation to remove PSA screening as a covered service for healthy men.  It seemed to me that the recommendation missed the trees for the forest, that is, it looked too broadly at the issue, taking false positives, unnecessary treatment, and the stress caused by a cancer diagnosis as having greater weight than catching cancer that would otherwise kill.  And based on that weighting—some of which were value judgements—recommended that PSA screening in healthy men is somehow medically inappropriate.

But the test is unquestionably medically efficacious, i.e. it catches cancer in healthy men that would not otherwise have been known about until too late to save their lives.  An editorial in today’s USA Today stated it better than me.

The panel’s data make a compelling case that the overall societal benefit from widespread PSA screening is marginal, and it is not the first group to say so. In fact, the skeptics include the man who invented the PSA test. So in statistical terms, the diagnosis appears sound.

Right, but here’s the key.  Not covering the test is the wrong solution to the problem:

It proposes eliminating the information that leads to over-treatment, rather than reforming the treatment itself. This is necessary, says the panel’s chairman, Virginia Moyer, because once patients hear they have cancer, human nature drives them to demand aggressive action, necessary or not, and because engineering massive change in medical practices is a Herculean task. She has a point, but ignorance is not bliss. It leaves the poor fellow with undetected high-grade cancer as collateral damage. The fact that his death might be statistically offset by the survival of someone who would have died from unneeded treatment is cold comfort.

Agreed.  And the editorial sees the money aspect of this discussion:

With the cost of American health care wildly out of control, the hunt is on to reduce unproductive treatments. The prostate recommendation, like the commission’s equally controversial suggestion in 2009 to do fewer mammograms, is a measure of how difficult that discussion will be.

But I am not totally down with the editorial’s conclusion:

Meanwhile, at the risk of practicing medicine without a license, here’s our suggestion for the 50-plus male: Get tested, then get smart. Information about prostate cancer and its treatment is readily available from the National Cancer Institute, major cancer centers and other sources. Being left in the dark — whether by choice or medical fiat — is not a helpful option.

I disagree that people shouldn’t choose to be “left in the dark.”  Given the findings that led to the recommendation, it is a wholly reasonable and responsible choice not to be tested.

But that should be each of our decisions, not the government’s (because this will all get into Obamacare unless the law is repealed).  To say that some of us have to die because others of us will make wrong decisions, is to stretch the meaning of “medically inappropriate” to the breaking point, allow bureaucrats to ration efficacious medicine based on impersonal macro statistical analyses that include non medical issues, and as I said before,  miss the trees for the forest.

Post Script: USA Today always publishes expert rebuttals to its editorials.  Here’s the link to a contra opinion about the PSA question by Dr. Virginia A. Moyer, who sits on the task force making the recommendation (which isn’t wholly “independent” as it receives federal money).
0
Print
Email
Prev Article
Next Article