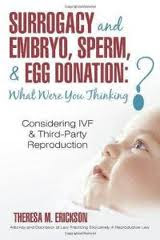 The European Union’s right to “family life” is being used for potentially pernicious purposes.  For example, as we discussed several months ago, the European Court of Human Rights has taken a case that will decide whether the right includes to make a family member dead via assisted suicide. I also believe that the time has long passed to get regulate IVF procedures.

This is why I am heartened by the UCHR’s ruling that upholds Austria’s law banning the use both donated eggs and sperm in an IVF attempt in order to allow a couple to bear a genetically unrelated child.  From the Court’s ruling:

The Court observes further that the Austrian legislature has established specific safeguards and precautions under the Artificial Procreation Act, namely, reserving the use of artificial procreation techniques to specialised medical doctors who have particular knowledge and experience in this field and are themselves bound by the ethical rules of their profession (see paragraphabove) and statutorily prohibiting the remuneration of ovum and sperm donation. These measures are intended to prevent potential risks of eugenic selection and their abuse and to prevent the risk of exploitation of women in vulnerable situations as ovum donors.

The Austrian legislature could theoretically deviseand enact further measures or safeguards to reduce the risk attached to ovum donation as described by the Government. Having regard to the risk referred to by the Government of creating relationships in which the social circumstances deviated from the biological ones, the Court observes that unusual family relations in a broad sense, which do not follow the typical parent-child relationship based on a direct biological link, are not unknown in the legal orders of the Contracting States. The institution of adoption was created over time in order to provide a satisfactory legal framework for such relations and is known in all the member States. Thus, a legal framework satisfactorily regulating the problems arising from ovum donation could also have been adopted. However, the Court cannot overlook the fact that the splitting of motherhood between a genetic mother and the one carrying the child differs significantly from adoptive parent-child relations and has added a new aspect to this issue...In determining this question, the Court attaches some importance to the fact that, as noted above, there is no sufficiently established European consensus as to whether ova donation for in vitro fertilisation should be allowed.

What about donated sperm?

It is true that some of the arguments raised by the Government in defence of the prohibition of gamete donation for in vitro fertilisation can refer only to the prohibition of ovum donation, such as preventing the exploitation of women in vulnerable situations or limiting potential health risks for ovum donors and preventing the creation of atypical family relations because of split motherhood. However, there remain the basic concerns relied on by the Government, namely, that the prohibition of the donation of gametes involving the intervention of third persons in a highly technical medical process was a controversial issue in Austrian society, raising complex questions of a social and ethical nature on which there was not yet a consensus in the society and which had to take into account human dignity, the well-being of children thus conceived and the prevention of negative repercussions or potential misuse.

The court noted at the conclusion, that the Austrian Parliament might want to revisit the issue, and that if the European consensus changes, a different result could later apply (which is potentially scary for the right of nations to have laws based on heterodox views, but we need not discuss that here).

Of great relevance—and growing influence—in this area are the Center for Bioethics and Cultures two documentaries, the award winning Eggslpoitation, which deals with the dangers of egg harvesting, and the upcoming, Happy Anonymous Father’s Day, which explores the pain caused to children resulting from sperm donation.

With regard to the potential for assisted suicide being imposed throughout the EU by the Court of Human Rights, there is certainly no European consensus on that matter either. I sure hope that ruling follows that aspect of the current case.
0
Print
Email
Prev Article
Next Article