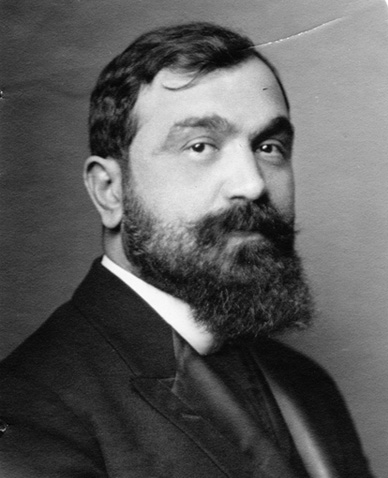 The compliance specialist from Buffalo, N.Y., who became prime minister of Somalia has got nothing on this guy. From King Zog: Self-Made Monarch of Albania (p. 66):


The new regime in Tirana was a motley coalition of liberals, Kosovars, opposition beys, and mutineers, united by antipathy to Zogu. They had at their head, however, an extraordinary polymath: His Grace Fan S. Noli, Bishop of Durrës, leader of the Democratic Party, League of Nations delegate, Bachelor of Arts, biographer of Skanderbeg, translator of Stendhal, Maupassant, and Molière, liturgist, composer, and orator.


A stocky Tosk with a big beard jutting above his clerical collar, Bishop Noli had been an actor in Athens, a schoolmaster in Egypt, a lumberman in Buffalo, a canning-factory worker in New York, a cinema organist in Boston, and a student at Harvard before settling in Albania in 1921 at the age of thirty-nine. He was Orthodox purely in the confessional sense, and even that was questionable. Ordained a deacon by the Russian Orthodox archbishop of New York in 1908, Noli founded an Albanian Orthodox Church in the USA with himself as its sole priest. Privately, meanwhile, he claimed to be a Nietszchean and, at various times, labelled Christianity a capitalist instrument of enslavement and stated that the whole truth was in Omar Khayyam. He admitted subordinating religion to politics in the best Albanian tradition. His church was intended to promote national consciousness among Christian Tosks hitherto attached to Greek Orthodoxy. He translated the liturgy and made himself a bishop by persuading an assembly of Albanian-Americans to acclaim him as such in 1919. Despite his pioneering work, it was only with reluctance that the new native Albanian Orthodox Church accepted him. Some fanciful critics even alleged that he wore an artificial beard in order to look more episcopal.


During fourteen years in the USA, Noli had won pre-eminence within the Albanian community there, which numbered over twenty thousand. He went to London in 1913 to lobby for independence and campaigned for international recognition after the World War. It delighted foreigners to engage in intellectual discourse with an Albanian bishop. He was a complex man whose style was often self-mocking. Sometimes he sounded sure of his messianic significance; moments later, his tone might be flippantly cynical.


To which a loyal Zogist would respond: Sure, but did he ever get shot and then shoot back at his assassin ?

A few pages before this passage, the biography quotes Rose Wilder Lane, which raised the question of what the heck a Midwestern libertarian is doing in Albania, writing first-hand descriptions of Zogu’s victory march. And, according to this intriguing blog post , Zog actually proposed to Miss Lane, which raises the stakes a bit. (Alas, she turned him down.) She seems to have spent time there. If you click through to that post, you can read her account of a traditional Albanian blood-feud.