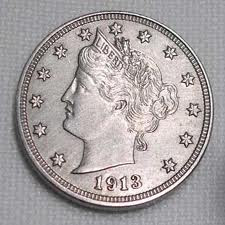 Over the last several years, I have shifted from supporting single payer health care to embracing a regulated competition model.  As I have written often, I think the latter offers our best method of providing adequate coverage, at a better cost, with superior checks and balances against abuse such as invidious rationing, while promoting innovation and efficiency.  For example, Part D Medicare, which relies on private companies competing for government approved coverages, has cost the government less than projected when it was instituted—a very rare thing—and is very popular with seniors.

When Representative Paul Ryan first suggested moving to a private Medicare system starting in about ten years, Democrats channeled their inner demogogues, warning that it would throw seniors to the wolves.  Hardly.  And now, according to an article in the NYT, support for something along those general lines may be becoming bipartisan, at least in the Super Committee that has, so far, failed to come up with a plan to rein in the USA’s catastrophic debt crisis.  From the story:

Members of both parties told the panel that Medicare should offer a fixed amount of money to each beneficiary to buy coverage from competing private plans, whose costs and benefits would be tightly regulated by the government. Republicans have long been enamored of that idea. In the last few weeks, two of the Republican candidates for president, Mitt Romney and Newt Gingrich, have endorsed variations of it. The idea faces opposition from many Democrats, who say it would shift costs to beneficiaries and eliminate the guarantee of affordable health insurance for older Americans.

But some Democrats say that — if carefully designed, with enough protections for beneficiaries — it might work. The idea is sometimes known as premium support, because Medicare would subsidize premiums charged by private insurers that care for beneficiaries under contract with the government. “This is an idea that could easily resurface in the future as Congress seeks additional Medicare savings for deficit reduction,” said Patricia H. Neuman, senior vice president of the Kaiser Family Foundation.

Of course, the devil is in the details, but I see hope here.  To work, a privatized system would have to avoid the worst parts of Obamacare, putatively a private system, but really a government takeover.  For example, the Independent Payment Advisory Board—which looks to be the cornerstone for the erection of a bureacratic state—will have to be eliminated.  And, while there would have to be a minimum benefits floor below which companies couldn’t go, beyond that, innovation should be encouraged by allowing a relatively free rein for mixing benefits and copayments. For sure, regulators can’t have so much control that that government bureaucrats can stifle competitive forces by issuing fiats requiring all policies to lard out the constituency goodies at no cost, as has already happened under the Obamacare debacle.

Nor, to maintain proper limits on government power, should participation be mandatory—just as they are not forced today to participate in Medicare (except Part A hospitalization, which is automatic and paid for by Medicare taxes).  But, as in Part D currently, there is nothing wrong with inducing permanently upping premiums on an annual basis for those who choose to delay joining the risk pool.

Hopefully the next election will make it clear that the American people want less centralization, less suffocating regulation—which isn’t the same thing as “being on their own,” as our demogogic president frequently claims—and more privitization.  That would be far more in keeping with the American way and, I believe, offers our best chance to maximize personal liberty while avoiding fiscal disaster.
0
Print
Email
Prev Article
Next Article