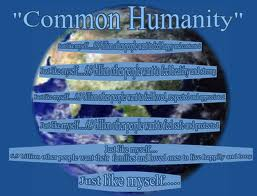 The New York Times has a sickening story on how badly helpless and vulnerable people with develomental disabilities are treated in state care.  (This is an issue I have seen first hand, once caring for a developmentally disabled man who was terribly abused while in state care.)  From, “In State Care, 1,200 Deaths and Few Answers:”

In New York, it is unusually common for developmentally disabled people in state care to die for reasons other than natural causes.  One in six of all deaths in state and privately run homes, or more than 1,200 in the past decade, have been attributed to either unnatural or unknown causes, according to data obtained by The New York Times that has never been released.  The figure is more like one in 25 in Connecticut and Massachusetts, which are among the few states that release such data.        What’s more, New York has made little effort to track or thoroughly investigate the deaths to look for troubling trends, resulting in the same kinds of errors and preventable deaths, over and over.

The problem here is that people with developmental disabilities and their defenders don’t have political power or social visibility. More than that, in many ways they are often disdained—loathed even—by those who still have eugenic and/or social Darwinistic mindsets, people whose attitudes and values are little progressed from ancient times when babies born with disabilities were exposed to the elements.

Yet, as many have noted, we benefit communally and morally when we do right by these dependent people. One family member in the story points out that the quality of their care reflects the state of our own humanity:

One certainly need not be a theist to understand the truth of her point.

This story is a vivid illustration of the costs and consequences of denying human exceptionalism.  Whenever any people are devalued, they tend to become oppressed, exploited, neglected, or killed.  Good for the NYT for bringing this important story to light.
0
Print
Email
Prev Article
Next Article