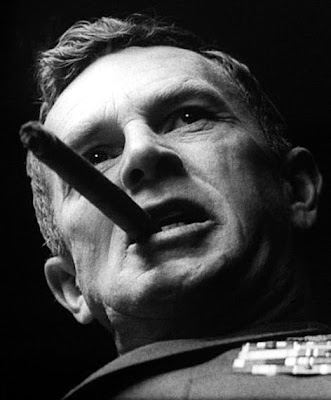 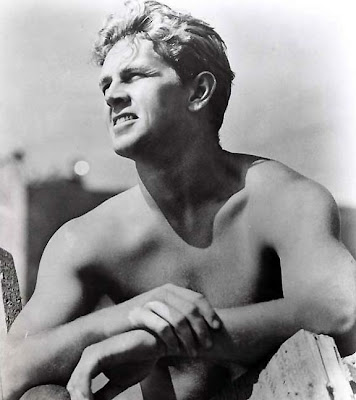 Long before I read his memoir , the first thing I ever knew about the actor Sterling Hayden was what my father told me when we watched Dr. Strangelove — that the man who played the screw-loose Commie-hating General Ripper had once been a Communist himself, had named names to HUAC, and afterwards felt so guilty about it that, as my father put it, “he went and lived on a boat in the middle of the Pacific for a few years.” Tortured actor caves in to the blacklisters and then seeks redemption on the lonely sea, like a modern-day Lord Jim. So I started keeping an eye out for the name Sterling Hayden.

The facts I picked up over the years painted a strange picture. He’d started off life as a sailor, an honest-to-God sea captain at 22 years old. Hollywood snatched him up from the docks for no better reason than because he was so damn beautiful. His first wife was Madeleine Carroll from The 39 Steps . He was the star of Marilyn Monroe’s first film, The Asphalt Jungle . He was a spy for the OSS in Yugoslavia during World War II. I even found a strange personal connection: When Hayden married his third wife (the one that lasted) she brought with her an 8-year-old son from a previous marriage. This was Scott McConnell, who is now the editor of The American Conservative . When I did an internship there, I would not have guessed I was working for Sterling Hayden’s stepson.

His agent used to say that “Sterling was born in the wrong century. He should have been a sea captain in the 1800s.” This is the sort of man he was: In the fifties, he divorced his second wife and got custody of their four kids, and he wanted to sail to Tahiti with them. His ex-wife got an injunction forbidding the trip by telling the court that the boat, the Wanderer , was antiquated, unsafe, and didn’t even have an emergency radio. Hayden could have gotten a radio, but if he’d wanted anyone to be able to reach him, he wouldn’t have bought an antique wooden schooner in the first place.

He defied the court order and sailed off in the Wanderer with his kids and his crew, though it’s not clear that bringing the children along was smart enough an idea to be worth the legal trouble. His memoir, also called Wanderer , mentions that the kids seem to be coping all right with the isolation of a long sea voyage, but they rarely appear in the text; perhaps they were always off experiencing picturesque isolation. When Hayden does quote them, this is what they sound like:


They come aft demanding you tell them a story. “No,” you say, with your bare feet braced on the bulwarks. “Not tonight. Ask me some other time.”


“Why, Daddy?” Gretchen asks, hands clasped behind her pajamas.


“No, you’re not, Daddy. All you’re doing is sitting in that old chair with a drink.”


“That’s right. I’m busy thinking, you should try it sometime and find out how it feels.”


“Give me a glass of whiskey and I will.” She throws back her head and stomps up the deck toward the fo’c’sle.


Then again, this letter was waiting for him in Tahiti, along with a stack of fan letters along the same lines.


I am a male nurse and I would like to tell you how much we who work here at Mrs. Asher’s Rest Home laughed at something that happened yesterday. You see, we have had this elderly gentleman with us because for almost five months he refused to say a single word to a single soul. Yesterday he was reading in the papers about your wonderful trip to Tahiti. And all of a sudden he slapped me on the tail with his paper and roared out: “By God that bastard Hayden has the right idea.”


So maybe the trip was worth it — the world needs more reminders that you can always run away to sea. After all, sometimes you reach a point where you can’t just repent of your past, you have to annihilate it, and you should have options other than the French Foreign Legion.

I can’t think of another Hollywood star who became an honest-to-God sage in his final years, not an intellectual but a sage. Then again, Hayden was also the only Hollywood “Communist” whose respect for the party could be traced to having watched Tito’s partisans get mutilated by the Ustashi. And there probably weren’t many who left the party because their comrades had no appreciation for the sea. For more on Hayden’s rejection of Stalinism, see Scott McConnell’s New Criterion piece here ; apparently they didn’t understand his beloved Thoreau either.