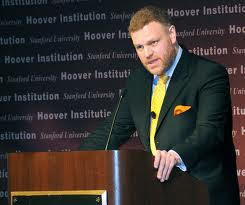 As a Baby Boomer, I have to say I am very disappointed in my generation.  We thought we were so different and special.  Perhaps we were, but not in the unremittingly beneficial way we thought.  We did raise the stock in hubris though, so there is that.

I bring this up because of a Mark Steyn piece that ran in the Orange County Register. It was BBs who first began to push the now reigning me-me/I-I lifestyle and who empbraced the belief that we were entitle to “meaning,” one could even say, a sense of entitlement to have whatever we want, and then drop it when we no longer did. Heck, thanks to our parents’ many sacrifices, we were the first generation to generally have that luxury.

One dramatic consequence of all this was that we BB’s dramatically limited the size of our families—both because we had the tools with which to so do,  and because we genuinely believed we could both have happier lives with smaller families and provide better for our own children.  Then, there was the political thing about the population bomb and all that jazz.

According to Steyn, our shrinking demographics are leading to catastrophic consequences.  Please be clear, I am not emotionally or intellectually committed to the population arguments, either way.  It seems to me that people generally have the right to decide these matters for themselves without us looking over their shoulders (as it were)—although I do object to the Wild, Wild West mentality of I-can-have-the child-I want-any-way-I-want-to have him/her/them mentality set off by IVF.  But let’s not go there now.

Steyn believes that our shrinking families are killing the West, including being a root cause of the ongoing financial disintegration of the welfare state.  I also think that for Secondhand Smoke purposes and the issues we address, his conclusion is worth pondering.  From “An Upside-Down Family Tree:”

The notion of life as a self-growth experience is more radical than it sounds. For most of human history, functioning societies have honored the long run: It’s why millions of people have children, build houses, plant trees, start businesses, make wills, put up beautiful churches in ordinary villages, fight and, if necessary, die for your country. A nation, a society, a community is a compact between past, present and future, in which the citizens, in Tom Wolfe’s words at the dawn of the “Me Decade,” “conceive of themselves, however unconsciously, as part of a great biological stream.”

I have been pondering the “why now” question about euthanasia and the culture of death for nearly 20 years.  I agree with Yuval Levin’s premise that the overriding purpose of society has become eliminating suffering, as opposed to defending the sanctity and intrinsic dignity of human life.  In such a milieu, the concept of suffering becomes very elastic and in many ways about BB coined self definition—it is whatever I say it is—and the drive to prevent suffering quickly mutates into eliminating sufferers and putting them out of our misery.

But Steyn seems to be saying that the cultural changes wrought by the BB mentality about family size has helped spawn the nihilism with which we are also afflicted, which in addition to the suffering meme described above, drives the idea that death/killing are acceptable answers to the problems of life.  In fact, I believe these two themes—nihilism and eliminating suffering—create a toxic cultural brew, bringing to mind the harrowing quote about assisted suicide from Canadian journalist Andrew Coyne, written in the wake of widespread public support for a Canadian father who mercy killed his 12-year-old-daughter because she had cerebral palsy:

A society that believes in nothing can offer no argument even against death. A culture that has lost its faith in life cannot comprehend why it should be endured.