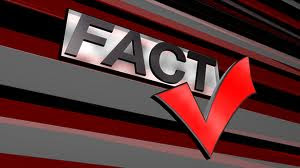 I bring this up because it is getting some mistaken play in the blogosphere.  An apparently unconscious man was awake and aware after surgery.  Great news, but why is that a national story?  Because ABC more than intimated he was about to become an organ donor when he suddenly awoke.  From the Good Morning America story:

Sam Schmid, an Arizona college student believed to be brain dead and poised to be an organ donor, miraculously recovered just hours before doctors were considering taking him off  life support. Schmid, a junior and business major at the University of Arizona, was critically wounded in an Oct. 19 five-car accident in Tucson. The 21-year-old’s brain injuries were so severe that the local hospital could not treat him. He was airlifted to the Barrow Neurological Institute at St. Joseph’s Medical Center in Phoenix, where specialists performed surgery for a life-threatening aneurysm. As hospital officials began palliative care and broached the subject of organ donation with his family, Schmid began to respond, holding up two fingers on command. Today he is walking with the aid of a walker, and his speech, although slow, has improved.

If he was “brain dead” he would be diagnosed as dead, and not “considered” for removal of life support.

It turns out that the brain death diagnosis had not been made, and indeed, Schmid wasn’t yet scheduled for organ donation:

For days Schmid didn’t seem to be responding, but what puzzled his doctor was that he did not see fatal injuries on the MRI scan. So he decided to keep Schmid on life support longer. “There was plenty wrong — he had a hemorrhage, an aneurysm and a stroke from the part of the aneurysm,” Spetzler said. “But he didn’t have a blood clot in the most vital part of his brain, which we know he can’t recover from. And he didn’t have a massive stroke that would predict no chance of a useful existence.” So while the family was given a realistic picture of Schmid’s poor chances for survival, Spetzler ordered one more MRI to see if the critical areas of the brain had turned dark, indicating brain death. “If not, we would hang on and keep him on support,” he said. “But I didn’t want to give the family false hope.”

Schmid’s mother said no one “specifically” asked if her son would be a donor, but they “subtly talk to you about quality of life.” “At some point, I knew we had to make some sort of decision, and I kept praying,” said Regan. The MRI came back with encouraging news during the day and by evening Schmid “inexplicably” followed the doctors’ commands, holding up two fingers.

So, the story is not such a “story,” after all.  Good news, to be sure, but not a case of an ”organ donor” waking up on the verge of being harvested.
0
Print
Email
Prev Article
Next Article