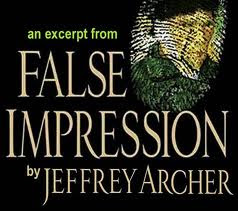 This is unbelievable—except it isn’t: A front page story in today’s SF Chronicle, headlined “Keeping Hope Alive,” purportedly concerns local young woman named Katie Sharify, who was the last patient to receive an injection (adult stem cells made from embryonic) in Geron’s now defunct ESCR human trial.  But her poignant personal story is wrapped around a meme seeking to convince readers that ESCR remains the great hope for cures.

Of course, to do that, adult stem cell research can’t be mentioned. And you guessed it, not one of the very hopeful successful adult stem cell human trial successes—including with spinal cord injury-caused paralysis—is even mentioned. From the story (different title on-line):

Her recovery so far has been pockmarked with highs and lows - the devastation  of realizing the extent of her injuries, the hope of a novel new therapy, the  disappointment when the study she’d joined was discontinued. But as she returns to her family’s home in Pleasanton, Sharify said she  carries with her a new and unexpected passion. “I used to be this shallow girl. I only cared about my hair and makeup and  going to clubs,” said Sharify on Tuesday. “Now, for the first time ever, I feel  really passionate about something. I have been given the power of being a  spokesperson and advocating for stem cell research. “I want other people to learn about this research. And I want them to see  someone like me, a 23-year-old who’s ready to go on with her life.”

Why do I get the sense that Sharify hasn’t been told the entire truth about the current state of stem cell research?  Does she know that paralyzed human patients have had feeling restored with adult stem cells, which studies have been reported in peer reviewed journals?  She sure won’t get it from reading the article, or perhaps, from the people who could tell her the truth:

The study’s cancellation was disappointing, but not entirely unexpected, said  Dr. Stephen McKenna, chief of the rehabilitation trauma center at Santa Clara  Valley Medical Center. It may still prove useful, he said. “We’ve demonstrated that human embryonic stem cells can be put in humans,”  McKenna said. “Geron established a foothold. This study could be the lead-in for  using stem cells for stroke, heart attacks, diabetes. There’s a whole corral of cellular therapy ready to go.”

Good grief!  They are already going!  Adult stem cells are succeeding in every one of the maladies mentioned by McKenna!  But the reporter (and Sharify) probably wasn’t told that, as a consequence of which, the full story creates a fundamentally untrue context.

All three should have read a story published last year in the Pittsburgh Tribune-Review. From “Research From Adult Stem Cells Surpassing Embryonic Type:”

For all the emotional debate that began about a decade ago on allowing the  use of embryonic stem cells, it’s adult stem cells that are in human testing  today. An extensive review of stem cell projects and interviews with two dozen  experts reveal a wide range of potential treatments. Adult stem cells are being studied in people who suffer from multiple  sclerosis, heart attacks and diabetes. Early results suggest stem cells can help  some patients avoid leg amputation. Recently, researchers reported that they  restored vision to patients whose eyes had been damaged by chemicals.

Apart from these efforts, transplants of adult stem cells have become a  standard lifesaving therapy for perhaps hundreds of thousands of people with  leukemia, lymphoma and other blood diseases. “That’s really one of the great success stories of stem cell biology that  gives us all hope,” said Dr. David Scadden of Harvard, who notes stem cells also  are used to grow skin grafts. “If we can re-create that success in other tissues, what can we possibly  imagine for other people?”

The Tribune-Review story is a welcome exception to the SF Chronicle’s general rule.  As a consequence, people continue to be generally kept in the dark about the true state of the regenerative medical research.  It’s a shameful withholding of true hope from suffering people and their families.
0
Print
Email
Prev Article
Next Article