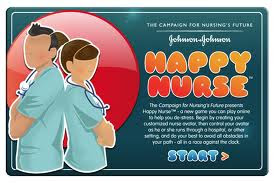 Conscience wins—this time.  Nurses at a New Jersey hospital have settled their lawsuit that alleged their hospital tried to force them to receive abortion training and participate in terminations—one being notoriously told she would have to “catch the baby’s head.”  From the ABC story:

Twelve nurses who sued one of the state’s largest hospitals after claiming they were forced to assist in abortions over their religious and moral objections reached a deal Thursday with their employer in federal court. Under the agreement, 12 nurses in the same-day surgery unit of the University of Medicine and Dentistry of New Jersey can remain in their current positions and not be compelled to assist in any part of an abortion procedure. The nurses must only help in a life-threatening emergency if no other non-objecting staff members are available and only until which time one can be brought in to relieve them, according to the agreement.

Fe Esperanza Racpan Vinoya, one of the plaintiffs who said she opposes abortion on religious grounds, said she was happy that the agreement meant she and her colleagues would not have to assist in any aspect of an abortion procedure. Despite the ruling specifying that the nurses wouldn’t be discriminated against, Racpan Vinoya said she was still nervous they would be transferred, have their hours cut or otherwise be punished for having sued.

The late and lamented Bush conscience regulation would have prevented such discrimination explicitly if the hospital receives federal funds. But then, President Obama made it a first priority of his administration to revoke that rule, completed earlier this year.

The nurses won this conscience controversy because federal law still protects the right not to be forced to participate in abortions. But for how long? Conscience rights are hated by ACLU types—showing it is not really about civil liberties—as well as many in the Medical Establishment, the media, and I believe as indicated by their governance, most of the current administration.  If Obama is reelected, I expect efforts to be mounted to undermine medical conscience rights. We can’t have medical professionals sending the message that abortion is wrong.

Not only that, with medicine increasingly becoming about taking life as well as saving it, medical professionals who want to adhere to traditional Hippocratic values are going to be increasingly in jeopardy—as they already are in Victoria, Australia (abortion) and the Netherlands (euthanasia), and potentially in states encompassing the Ninth Circuit Court of Appeals (pharmacy dispensing prescribed drugs).  We need to increase and strengthen conscience rights across the board.
0
Print
Email
Prev Article
Next Article