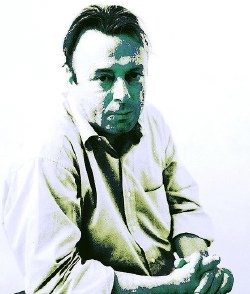 He was an ardent opponent of Christianity, but I will miss him.

I sat in the front row for his debate with Dinesh D’Souza in Charlotte, NC last year (or was it in 2009?). Hitchens spoke first. It may have been the only time he had D’Souza completely flat-footed and unable to disagree with him. The reason was the debate topic: Is radical Islam a threat to America? It wasn’t a point they held in dispute.

D’Souza began his first speech essentially by saying, “I agree with Christopher, and since that doesn’t make for much of a debate, and since he already expressed my own opinion so well, I’m just going to go ahead and change the subject.”

Hitchens smiled and rolled with it. He was always quick on his feet that way. I don’t know of anyone who was more effective with the use of rhetoric. It was in many ways his undoing, I’m afraid, at least as far as most of the world could see.

In debate he relied heavily on rhetoric in the form of emotionally loaded language. Religion bothered him. God bothered him. I don’t know how well he was able to separate one from the other.

I can understand his feelings, at least to some extent. Religion bothers me: too much of it is shallow, sterile, and false, even within Christianity. Religion outside of Christianity is just wrong and (I am convinced) deadly.

God bothers me, too, though in a different way altogether. God places demands on me. The worst demands are not the moral ones, as you might think. The hardest demand he places on me is that I accept his love while acknowledging it is entirely his own initiative. I want to be the kind of person who can earn his love, but God loves me even though I am not. His love is very good—and it is also thoroughly humbling.

Though I’ve read Hitchens’ book God Is Not Great, I have no way of knowing what bothered him more: God or religion. He regarded God as religion’s invention, but from the way I understand reality to be, he had encounters with God, whether he accepted or rejected the reality of the experience. God was present in all the Christians he interacted with, including the believers he debated, and his own believing brother, Peter.

Tragically, he chose against God.