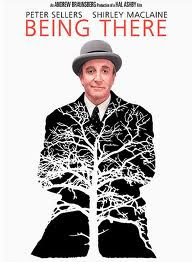 Christopher Hitchens has what we are told is terminal esophageal cancer.  Hopefully, that process will reverse or take a very long time. But because he is famous, in a sense all comments about his personal situation—as opposed to his work—take on the aspect of a community or extended family involved in supporting a person at the end of life.  That means we have responsibilities to treat the person right, even if we don’t know them.

In this regard, and referencing Hitchens’ illness, I wrote here that I thought it was wrong to publicly proclaim that one is praying for Hitchens, an active proselytizer for atheism.  From my post, “Should Religious People Tell Ailing Atheists They Are Praying for Them?”:

So, how do we best support and love people who are seriously ill? It strikes me that we have entered an area of some paradox and nuance.  I believe, for example, that if they are suicidal, we should treat them just as we would any other suicidal person by trying to help them overcome the self destructive desire.  Otherwise, we abandon them to the darkness and cease to treat them as full equals.  (Or, we should facilitate the exit of all suicidal people, not just those who are ill or disabled: I don’t think there is a middle ground on this point.)

But I also think that to force prayers on an atheist is to not support the person as he or she is, but to be prideful, by using the ill person’s illness to make oneself feel virtuous.  If one wishes to pray for such a person, by all means do, but in the closet.  If God is there, he will hear the prayer.

In other words, in caring for the seriously ailing, we should strive to give them the kind of support they need, not what we think they need based on our own beliefs. The job is to help them make it throught the night, not get them to think or believe our way.

And now, Mark Judge over at the Daily Caller has questioned whether CH might be about to convert to Christianity.  He starts with Hitchens rejecting Nitschke’s aphroism, “That which doesn’t kill me makes me stronger.” From Judge’s piece, “Is Christopher Hitchens About to Convert?”:

Perhaps Hitchens’s admission that Nietzsche might have been wrong, even about  something small, will lead him to a healthy curiosity about Christianity. Up  until now, Hitchens has had nothing but bile for Christianity and all religion — including the religion of Marxism, which Hitchens, a former leftist, eventually  admitted could not survive “the onslaught of reality.” But Hitchens’s attacks on  religion were always propelled by the kind of fury that one usually finds in  zealots and former believers.

That’s mighty slim evidence, pardner.  Judge then writes what he would do if he were in a personal relationship with Hitchens:

I wouldn’t tell Christopher Hitchens that now is the time to get right with the  Lord, or to pray or read the Bible. I wouldn’t try and convince him of the  resurrection. I would only ask him to entertain the notion that love — the love  he has for his life, his wife and his children, the love his readers have for  him and the love that the doctors and nurses are showing him — is a real thing  whose origins are worth exploring without glibness (sorry, saying “love for your  fellow mammals” doesn’t require religion, as Hitchens did once, doesn’t cut it).  It also can be done without Christophobia. I know that my discovery that I had  cancer focused my mind on discovering the true nature of things, and I’m not  talking about wishful thinking.

That’s more along the correct approach, but as a public person writing about an even more public person, Judge did not follow his own dance chart.  Instead, he not only publicly pushed Christianity on the man, but engaged in rampant speculation that Hitchens was moving in the desired (by Judge) direction:

As Chesterton noted, Christianity is the only religion that allows God to be an  atheist (“Why have you forsaken me?”). Perhaps Hitchens is going through  something similar. And as Mother Teresa’s pain made her doubt her God, in second-guessing Nietzsche, Hitchens may be doubting his.

It would be condescending to not praise or criticize Hitchens’ work just because he is seriously ill (and Judge does some of that, which is fine). But to claim that he may be close to becoming Christian not only shines a light on one’s own faith when discussing another, but moreover—and here I am sure Judge did not mean it this way—I think it disrespects and even dehumanizes the ill person by talking about him as if he were not there—something that drove my hospice friend Bob to utter despair—and believe me, public people know what is written about them.

Besides, it seems to me that if the goal is really for Hitchens to become a Christian, the last way to make that happen is publicly try to push him down the path.  Christians believe the Call comes from the Holy Spirit.  Asking for that intervention is best done in the quiet of one’s earnest heart, not the white noise of cyberspace persuasion.
0
Print
Email
Prev Article
Next Article