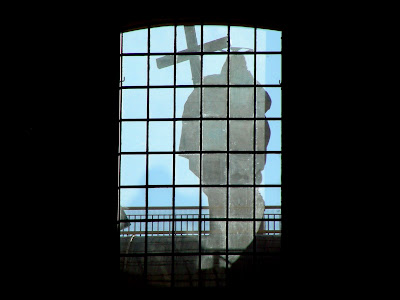 I first became aware of the Catholic hospital chain called Catholic Health Care West during the Robert Wendland case, with which I was very closely involved both as a policy advocate, and later as a lawyer filing amicus briefs in the California Court of Appeals and Supreme Court.  Wendland was a cognitively disabled man who could roll a wheelchair down a hospital corridor and engage in rehabilitation activities.  His wife wanted to dehydrate him to death, opposed by his sister and mother.  I thought this case would receive the kind of attention that Terri Schiavo did later because he was clearly not unconscious.

I bring this up because Catholic Healthcare West filed an amicus brief urging that the dehydration be allowed.  “Some ‘Catholic’ hospital!” I thought.

Well, now the chain has dropped its “Catholic” affiliation and changed its name to Dignity Health.  From the S. F. Chronicle story:

The new name is just one of the changes occurring at the not-for-profit  hospital chain, the fifth largest in the country, with 40 full-service hospitals  in California, Arizona and Nevada, and 150 ancillary clinics. While continuing to focus on the needs of poor and underserved communities,  the changes are intended to “position ourselves for growth in a changing health  care environment,” said a statement announcing the name change. “Growth plans  anticipate expanded partnerships, which will include both Catholic and  non-Catholic care centers.

Significantly, the new entity, which describes itself as nondenominational,  is loosening its traditional ties to the Catholic Church. A more secular board of directors - just two of the nine members are sisters  of religious orders - replaces the more heavily Catholic layers of management  under which CHW operated since its founding in 1986. Fifteen of its 40 hospitals  are non-Catholic, a number likely to increase as the network expands. “The new structure and name enable us to grow into a national system,  welcoming both Catholic and non-Catholic care centers into the system, while  respecting the identity and integrity of each,” the statement said.

Some “Catholic” policies will remain:

One thing that will not change: some of the services that are off-limits to both  Catholic and non-Catholic facilities in the network. According to Dignity  Health’s Statement of Common Values, “direct abortion is not performed.  Reproductive technologies in which conception occurs outside a woman’s body will  not be part of (the) services. This includes in vitro fertilization.”

There is a lot of space between not “directly performing abortion” and not being complicit in it.  And I wouldn’t be surprised if the IVF restrictions don’t long survive the secularization of management.  Thar’s gold in them thar hills!

In any event, I am not Catholic but it seems to me that a hospital explicitly associating itself with that religion should be “Catholic” in the provision of its services and the positions it takes on public policy.  In my view Catholic Healthcare West was not.  Thus, the name change is the proper course.

(Photo by WJS, taken from the inside of St. Peter’s Cathedral, Rome 2007.)
0
Print
Email
Prev Article
Next Article