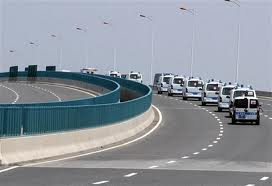 One of the supposed protections of euthanasia is the doctor saying no when, as one example, when killing isn’t warranted.  (Doctors also say know if participating in killing of a patient is against conscience, of course). Ditto assisted suicide in Oregon and Washington.

But that has always been a false premise. If a patient’s own doctor says no, just go death doctor shopping.  If you go to an assisted suicide/euthanasia advocacy group for a referral, chances are you will get your death wish granted.

And now, in the Netherlands, mobile euthanasia clinics!  From the Dutch Press Review story:

De Volkskrant and Trouw report on a new development in euthanasia practice. De Volkskrant reports that, beginning in March, people who have been refused euthanasia by their own doctor will be able to call in one of six travelling teams. The groups, consisting of a doctor and a nurse, will be based in The Hague but will deal with cases throughout the country. The legal criteria that the patient must be in a situation of unbearable suffering with no prospect of improvement will still apply.

Trouw reports that the association behind the plan, Right to Die NL, is “doing everything it can” to allay fears and objections. One such fear is that dedicated teams will develop a kind of tunnel vision and will focus too strongly on meeting the patient’s desire for euthanasia at the expense of other options. But the association tells the paper “It can just as easily turn out that the patient’s doctor was right to refuse euthanasia. It won’t be a case of ‘your wish is our command’.”

I don’t believe that for a second, but if the death wish is not a command, why not?  If someone wants to be made dead, who are these mobile euthanasia purvayors to say no?  Fear not, they mostly won’t.  They are running mobile homicide clinics for a reason.