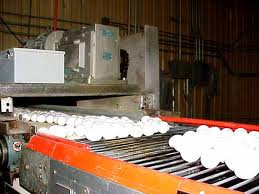 The human cloning agenda has stalled because of what I call the “egg dearth.”  Here’s what I mean: Each try at somatic cell nuclear transfer (SCNT) cloning to manufacture a human being (or, member of the species Homo sapiens, if you prefer) requires a human egg. (Biotechnologists have tried using animal eggs, but apparently to no avail.) But human eggs outside the body are few and far between. There are enough for IVF, but way too few for the hundreds of thousands needed for the extensive trial and error process that will be required to prefect human SCNT, at least to develop the cloned embryo to the point where stem cells can be harvested and eventually, cloned embryos eventually gestated to birth.

More to the point, cloning is the key technology that will be required for the Brave New World project of human self design, genetic engineering, transhumanistic tinkering, human enhancement, and using reproductive technologies to shatter the remaining vestiges of norms surrounding families.  Thus, while we hear much about helping the infertile and trying to obtain stem cells from cloned embryos for use in medical treatments, I am convinced if we found non-cloning sources for both objectives, many biotechnologists would just shrug and keep on cloning.  They are actually frying much bigger fish.

Now a big step may have been taken to solve the egg dearth.  From the NYT story:

Researchers at Massachusetts General Hospital say they have extracted stem cells from human ovaries and made them generate egg cells. The advance, if confirmed, might provide a new source of eggs for treating infertility, though scientists say it is far too early to tell if the work holds such promise...The new research, by a team led by the biologist Jonathan L. Tilly, depends on a special protein found to mark the surface of reproductive cells like eggs and sperm. Using a cell-sorting machine that can separate out the marked cells, the team obtained reproductive cells from mouse ovaries and showed that the cells would generate viable egg cells that could be fertilized and produce embryos.

They then applied the same method to human ovaries donated by women at the Saitama Medical Center in Japan who were undergoing sex reassignment because of a gender identity disorder. As with the mice, the team was able to retrieve reproductive cells that produced immature egg cells when grown in the laboratory. The egg cells, when injected into mice, generated follicles, the ovarian structure in which eggs are formed, as well as mature eggs, some of which had a single set of chromosomes, a signature of eggs and sperm. The results were published online Sunday by the journal Nature Medicine.

The stories will all talk about helping the infertile. But that is not where it would end. Not by a long shot. Indeed, I believe that much of the energy and money going into this biotech agenda are more about Brave New World than women who can’t conceive.
0
Print
Email
Prev Article
Next Article