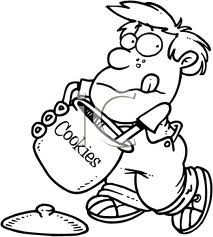 This is so unsurprising.  Much was made a bit ago that the Heartland Institute receives donations to fight global warming alarmism.  Well, it turns out that the supposed proof came from deceptively obtained papers and one alleged forgery.  The guilty party for the deception—he still denies the forgery—was a GWH scientist named Peter Gleick.  From Andrew C. Revkin’s NYT blog:

Now, Gleick has admitted to an act that leaves his reputation in ruins and threatens to undercut the cause he spent so much time pursuing. His summary, just published on his blog at Huffington Post, speaks for itself...The Heartland Institute had already signaled that it plans to seek charges and civil action against the person who extracted its documents under a false identity. Foreshadowing today’s events, on Friday, Ross Kaminsky, a senior fellow and former board member at Heartland, posted a piece on the American Spectator site naming Gleick as an “obvious suspect.” Now they have their man. I won’t speculate on how the legal aspects of this story might play out.

Another question, of course, is who wrote the climate strategy document that Gleick now says was mailed to him. His admitted acts of deception in acquiring the cache of authentic Heartland documents surely will sustain suspicion that he created the summary, which Heartland’s leadership insists is fake.

Making the matter even more piquant, Gleick was a big promoter of “ethics in science.”  Not only that, he is (or was) the chair of the Ethics Task Force for the American Geophysical Union. Good grief!

Here’s the moral of this sad story: When one gets hysterical, one can lose perspective.  I can’t say whether Gleick’s career is in ruins—at least some will argue that the ends justified the means.  But I do think it continues the collapse of GWH credibility.
0
Print
Email
Prev Article
Next Article