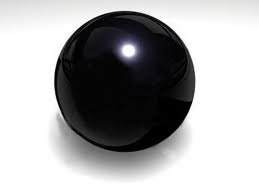 We have discussed the issue of “medical conscience” often here over the years, a social trend in which we see doctors threatened with the ability to practice medicine if they don’t adhere to the modern anti Hippocratic view.  For example, in Victoria, Australia, doctors have to peform abortions or refer to doctors that they know  will.

But now, in a potentially dangerous precedent that could presage the practice of medicine requiring the correct political views, a doctor with a spotless medical record and apparent perfectly fine educational credentials appears to have been denied a medical license in Kansas due to being a “birther” about President Obama.  From the KCTV story:

A Kansas board that denied a licensed doctor of osteopathic medicine a license was primarily concerned about the man’s political views. The Kansas State Board of Healing Arts is a 15-member panel appointed by the governor and decides the fate of doctors in Kansas.

Terrence Lee Lakin rose to the ranks of lieutenant colonel in the U.S. Army. He served on the front lines in Afghanistan and the war zone in Bosnia as well as a medical mission to Honduras. He saved lives around the world and received a Bronze Star for his service. “I like helping people,” said Lakin. “And I’ve been, since college wanting to be in medical field and help others.”

But a dispute over whether President Barack Obama was born in the United States led to Lakin being forced from the military and apparently led to the Kansas board in October denying him a medical license to practice in the Sunflower State. The board repeatedly refused comment on their decision, but a transcript of Lakin’s shows board members didn’t concern themselves with Lakin’s 18-year spotless medical record. “They hammered me for my political views,” said Lakin.

Lakin received a dishonorable discharge for refusing a lawful order, based on his belief that President Obama was in office unconstitutionally.  But that doesn’t seem to be the issue, which would be clear cut and not require an extensive questioning of his beliefs by the board. (And, might I add, would almost surely not have disqualified him if he had refused to go to Afghanistan or Iraq because he thought they were illegal wars from a left wing perspective.)

“So I guess you need to explain the difference between going to Afghanistan in 2004 and going over there after President Obama was elected,” said Beezley.  “Is that the big kick?”

“Do you believe he was a U.S. citizen, President Obama?” he asked.

”...the long form of his birth certificate has been publicized,” Whitmer said. “What does it take to make you believe that he is a U.S. citizen?”

“I think that I have a question and I don’t think that question’s been answered, but if this has to do with my medical capabilities...,” said Lakin...

If the dishonorable discharge was sufficient moral turpitude to disqualify the doctor, that should have been the issue. His (nuts, in my view) politics should never have come up. At the very least, this decison smacks of the politicizing the practice of medicine: Believe rightly as viewed by the licensing board or be denied your profession! This is getting very scary.

P.S. Lest you say the board is in Kansans, and hence conservative, most were probably appointed by the radical former governor and now head of HHS, Kathleen Sebelius. But liberal/conservative shouldn’t matter.  If his military record is grounds for denial in KS, fine. But his politics?  Absolutely not.
0
Print
Email
Prev Article
Next Article