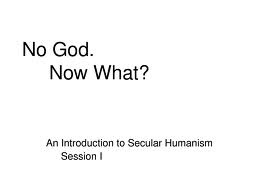 Boy, for all the criticizing of religion by secularists, many sure seem to want to be considered “religious.”  First, there is the proposal to erect a “Temple of Atheisim.” Now, a soldier wants the U.S. Military to recognize humanism as a religion.  From the AP story:

Soldiers who don’t believe in God can go to war with “Atheist” stamped on their dog tags, but humanists and others with various secular beliefs are still officially invisible in the Army. Maj. Ray Bradley is applying to be the first humanist recognized as a “distinctive faith group leader” by the Army. In the meantime, he can’t be designated as a humanist on his official records or dog tags, although he can be classified as an atheist.

The distinction may not seem like a large one to those unfamiliar with humanism, but the Fort Bragg-based officer says it’s the equivalent of being told that “Christian” is an acceptable designation, but not “Catholic.” “Humanism is a philosophy that guides a person,” Bradley said. “It’s more than just a stamp of what you’re not.” Humanism’s core beliefs range from the assertion that knowledge of the world is derived from observation and rational analysis to the conviction that working to help others also promotes individual happiness.

Please.  The point of secular humanism is to eschew religion as a means of promoting human welfare and determining “Truth.”

Should we have “Stoic” dog tags?  How about “Utilitarian” dog tags?  And what about Christian humanists, do they have two religions?  This “religion envy” is bizarre.
0
Print
Email
Prev Article
Next Article