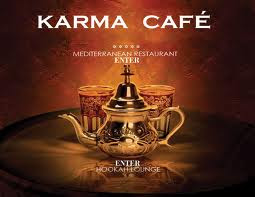 Obamacare is a debacle. It vests tremendous, unprecedented power into the hands of the executive branch through bureaucratic mandates—such as the anti-Catholic and autocratic free birth control and nearly everything else that can be construed as “reproductive” health mandates. It is set—designed—to destroy the private health insurance industry. It creates tremendous power to allow bureaucrats to control our individual lives using the pretect of health care cost control or promoting “wellness.”  It allows the government to force Americans to engage in commerce—which theoretically (for now) means it could also force employers to hire, or people to buy cars if deemed in the national interest.  It permits crony exemptions and is already costing far more than projected—not surprising considering the mendacious assumptions and gimmicks employed to squeak it past Congressional Budget Office cost projections.

What’s not to like?  A lot, as they say, and a poll of the swing state in USA Today shows that it is dragging down the POTUS’s chances for electoral victory. From the story:

In a USA TODAY/Gallup Poll of the nation’s dozen top battleground states, a clear majority of registered voters call the bill’s passage “a bad thing” and support its repeal if a Republican wins the White House in November. Two years after he signed the Patient Protection and Affordable Care Act— and as the Supreme Court prepares to hear arguments about its constitutionality next month — the president has failed to convince most Americans that it was the right thing to do.

The Democratic base strongly supports—but then, the Left has given up on liberty in favor of accruing power.  But Republicans and independents find the law malodorous, and it could cause the president’s defeat in states he needs to win:

Eleven percent of voters in battleground states say the law has helped their families; 15% say it has hurt. Looking ahead, they predict by 42%-20% that the law will make things worse rather than better for their families. A pocket of support: those under 30, a critical age group for Obama in 2008. They are inclined to call the law’s enactment “a good thing.” Even among them, the share of supporters falls just short of 50%. The older the age group, the more opposition emerges.

The coming Supreme Court ruling, which I have predicted will uphold Obamacare—although I am now less sure because of the raw exercise of federal power vividly wielded in the Free Birth Control Rule might have educated the more conservative justices—will put Obamacare smack in the middle of the 2012 presidential campaign.

O could have had a less ambitious law that I think would have helped him politically. He chose the autocratic road instead. If it costs O the election, it will prove that karma is real.
0
Print
Email
Prev Article
Next Article