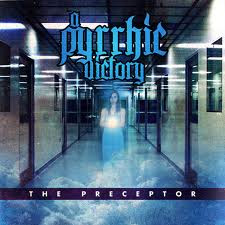 Komen has surrendered and kissed the abortion ring.

But that’s okay.  I think the pro choice fury directed at Komen was a huge PR debacle for PP and its supporters.  For years, the organization has used ancillary services such as breast cancer screening—which does not include actually performing mammograms—as the benign pretext to justify receiving bounteous taxpayer funding and good PR among the media, big corporations, and politicians.  To be sure, Komen’s financial support furthered that message.  But losing the money temporarily need not have stripped that false facade.  PP should have just thanked Komen for its years of support and wished the group well in the common cause of fighting breast cancer.   The story would have gone quickly away.

Instead, PP roared in rage, bringing intense attention to its true nature. PP actively sexualizes young teens with its graphic sex education program—which some pro lifers see as a way of creating a demand for abortion.  It protects rapists of the statutory kind, interferes with parent/child relations, and uses its fat money pot as a political hammer to promote 60s sexual mores and cultural values. And all the while it receives bounteous tax payer support for its non abortion services, allowing the inherent fungibility of money to support its primary raison d’etre, which is precisely and adamantly pro abortion.  If all it did was dispense birth control and provide PAP smears, there would be little controversy.

PP’s false facade presented a daunting political problem to its critics, because when they went on the attack, they, rather than PP, often appeared to be the ideological fanatics.  That’s what made the furious reaction to the withdrawal of less than a million dollars such a blunder.  As I wrote earlier, PP’s supporters have now shown that abortion matters more to them than fighting breast cancer.  So much for the sisterhood.

But Komen couldn’t stand the heat, and has abjectly reversed course.  From the Guardian Story:

Susan G Komen for the Cure, a Dallas-based organisation, has announced that it will honour existing grants to Planned Parenthood and allow the organisation to continue to apply for future funding – a U-turn from its earlier decision to cut its annual $650,000 provision. Nancy Brinker, who set up Komen as a pledge to her dying sister to work to end breast cancer in the US, together with the foundation’s board of directors, put out a statement in which they apologised to the American public “for recent decisions that cast doubt upon our commitment to our mission of saving women’s lives”.

Oh brother.  I think this decision reflects the cultural segregation of our society.  The same cultural elites tend to participate in leadership and fundraising for PP and for big non controversial establishment charities.  It is hard to really upset one’s own social set.

This whole brouhaha was a choice—a stupid choice—by PP and its minions, and its bullying victory was pyrrhic. Perhaps that was because the truth hurts.  Komen’s temporary withdrawing of support was seen by many as a tacit agreement with the tens of millions who disdain PP as a toxic cultural force engaged in a profoundly immoral and destructive enterprise.

Bottom line:  Komen has badly hurt itself through erratic management and cowardly caving.  Bad for it and for the fight against breast cancer.  But PP has been seriously wounded because it showed its true face.  Good.  Corporations will now think many times before beginning to support the disgusting organization because the message here is once you start, you can never stop.  Moreover, the day is coming—hastened by this controversy, I believe—when it will be completely defunded by taxpayers. The courts won’t be able to protect it forever.
0
Print
Email
Prev Article
Next Article