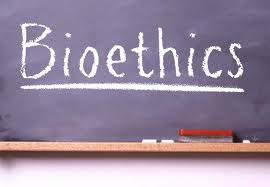 Andrew Ferguson of the Weekly Standard is one of the best writers writing. Recently, he took on the “after birth abortion” controversy, which we have dealt with extensively, so no need to revisit the details. But he opens with one of the most scathing criticisms of bioethicists I have ever read.  From “Declaring War on Newborns:”’

On the list of the world’s most unnecessary occupations—aromatherapist, golf pro, journalism professor, vice president of the United States?—?that of medical ethicist ranks very high. They are happily employed by pharmaceutical companies, hospitals, and other outposts of the vast medical-industrial combine, where their job is to advise the boss to go ahead and do what he was going to do anyway (“Put it on the market!” “Pull the plug on the geezer!”).

Even the leaders of the field have worried that bioethicists have become so many yes men and women.  But Ferguson is just warming up:

They also attend conferences where they take turns sitting on panels talking with one another and then sitting in the audience watching panels of other medical ethicists talking with one another. Their professional specialty is the “thought experiment,” which is the best kind of experiment because you don’t have to buy test tubes or leave the office. And sometimes they get jobs at universities, teaching other people to become ethicists. It is a cozy, happy world they live in.

Much truth there. Nice work if you can get it.

I have certainly been a critic of the field.  Indeed, my Culture of Death: The Assault on Medical Ethics in America, in which I sought to warn the country about where bioethics was leading us, is one of my most successful books, both in terms of impact and sales.

Still, I am saddened.  The pioneers in the field were very serious men and women who set out to do an honorable thing, that is, work through the difficulties attendant to a medical world of high tech medicine.  Thus men like the late Paul Ramsey, Daniel Callahan, Gilbert Meilander, Leon Kass, H. Tristram Engelhardt, Art Caplan, Al Jonson, and others—some of whom I agree with and some of whom I don’t, and some of whom are my friends—were at least morally serious and dedicated to improving the human condition. Bioethics can be credited, for example, for ensuring that people could say no to unwanted life-sustaining treatment because, as Ramsey noted, that is treating the patient as a person—in the rightful use of the term. 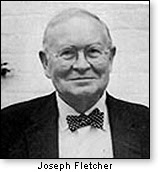 But as I see it, there was a toxic advocate inhabiting the field; the late Joseph Fletcher.  He was a brilliant writer, an immoral thinker, and a radical utilitarian who bathed intellectually in rank anti-human exceptionalism. His ”Indicators of Humanhood,” published in the Hastings Center Report in 1972, carried the day and led directly to personhood theory—rife throughout contemporary bioethics and the basis of promoting after-birth abortion infanticide. His powerful influence and intellectual heft, I believe, poisoned the discourse and paved the way for the likes of Peter-Son of Fletcher-Singer and Julian Savulescu—in whose journal the after birth abortion article was published.

Today, decades later, too many—not all, of course—of the main public advocates in the field seem to be in competition with each other to see who can be the most radical and shocking.  But the rest of us are revolted. Thus, Ferguson writes:

The authors thought they were merely taking the next step in a train of logic that was set in motion, and has been widely accepted, since their profession was invented in the 1960s. And of course they were. The outrage directed at their article came from laymen?—?people unsophisticated in contemporary ethics. Medical ethicists in general expressed few objections, only a minor annoyance that the authors had let the cat out of the bag. A few days after it was posted the article was removed from the publicly accessible area of the Journal’s website, sending it back to that happy, cozy world.

You’d have to be very, very well trained in ethics to see the authors’ argument as a morally acceptable extension of their premises, but you can’t deny the logic of it. The rest of us will see in the argument an extension of its premises into self-evident absurdity

Bioethicists could have been contenders. They could have led the country into finding ways to deal with the new difficulties of high tech medicine and resource scarcity without sacrificing the Hippocratic values that patients count on as their protection.  But like other academic fields, the more radical the professor, the better the chance of receiving tenure and attention.

Now, it is up to us who oppose pernicious ideas such as after-birth abortion to continually keep the Klieg lights turned on the journals so people can know what is being hatched. As this nasty episode showed, that is the best way to prevent bioethics from taking us even farther away from the sanctity/equality of human life ethic than it already has.
0
Print
Email
Prev Article
Next Article