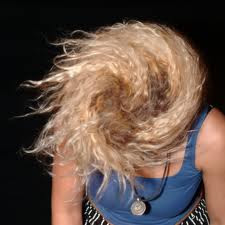 My head is spinning.  The other day, we discussed the Portland case in which parents successfully sued doctors for wrongful birth, e.g., negligently performing prenatal tests so the parents didn’t abort their daughter child with Down syndrome. Now in Alabama, doctors can be sued for negligently causing the death of an unborn child.  From the American Medical News story:

Parents of unborn children can sue doctors for wrongful death, whether or not the fetus was able to survive outside the woman’s uterus, the Supreme Court of Alabama has ruled. The opinion reverses a trial court decision that said Alabama law does not permit lawsuits on behalf of fetuses unable to live outside the womb. The ruling reflects a growing shift among state courts to expand liability in cases of injured unborn children, said David M. Smolin, a law professor and director of the Center for Biotechnology, Law and Ethics at the Cumberland School of Law at Samford University in Birmingham, Ala. “Alabama is not sticking out as strange here,” Smolin said. “This is part of a broader trend in tort and criminal law to extend protection” to unborn children in wrongful death cases.

I actually support the wrongful death suits involving prenatal deaths because it demonstrates that fetuses aren’t chopped liver. That’s also why I oppose wrongful birth cases; because they imply that they are. But a human fetus is what a human fetus is, a gestating fully human being.  It should either have or not have its own moral status—based on who (or what) he or she is—and not based on the value given by parents or others today, which can change tomorrow—as in the 90% abortion rate for Down babies.  As a culture, I think we are very confused.
0
Print
Email
Prev Article
Next Article