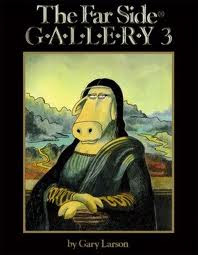 “Animal standing,” that is, the drive to allow animals to sue, would be the ultimate weapon allowing animal rights ideologues to destroy animal industries and eventually outlaw all animal domestication. To do that, some believe, at least some animals need to first be declared “persons” by a court—particularly given that whale lack of personhood was the reason stated by the judge that refused to grant them protection under the 13th Amendment in the recent PETA lawsuit against Sea World.

Most people remain somnolent in the face of the threat. Not me. I keep banging the pots.  My latest attempt is in the Weekly Standard.  From “Animal Desires:”

It has already started. The European Court of Human Rights agreed in 2008 to hear the appeal of an Austrian Supreme Court ruling denying personhood to a chimp. More such cases could soon be filed in the United States. Law professor and animal rights activist Steven Wise was quoted in the New York Times recently promising to file lawsuits starting in 2013 with the goal of using “the latest science to help persuade state court judges that such creatures as whales and chimpanzees should be accorded common law personhood and rights.”

Wise runs the Nonhuman Rights Project, where, since 2007, he and 50 other activists have busily researched the most likely jurisdictions for a ruling that at least one animal “has the capacity to possess at least one legal right.” It would be easy to roll one’s eyes and dismiss this as simply what radical lawyers do, to little effect. That would be a mistake. “Animal personhood” has become a respected idea in philosophy, the life sciences, the academy generally, and among some within the highly politicized science establishment.

I point out that the idea of animal personhood has caught on among some in philosophy and the life sciences.

Nonhuman persons? On what basis? Animal rights lawyers claim that the precedent for expanding personhood beyond human beings was established when the United States legally recognized corporations as “artificial persons.” But that is sophistry. These juridical entities may not be human beings, but they are human associations, and thus corporate personhood is still about us. Even though the left derided Republican presidential hopeful Mitt Romney for stating that “corporations are people,” he was actually far more right than his detractors.

But forget logic. We live in ideologically antihuman times, and animal personhood furthers that agenda. Indeed, “breaking the species barrier” for personhood would open a new misanthropic chapter in human history, aiming us not only toward granting unwarranted rights to higher mammals—none of which understands the concept or is capable of respecting the rights of other animals or humans—but also to flora and fauna generally.

And from there we are into “nature rights,” an issue we have discussed here before many times.  Ditto the transhumanist desire for intelligent machines to be made members of the moral community.  I note that the lawyers who would bring these cases are already being trained in more than 100 animal law clinics at some of our best law schools. I conclude:

Indeed, if animals are declared persons, PETA could have the last laugh helping whales petition for a writ of habeas corpus demanding their liberty from SeaWorld. In 2005, a Brazilian judge agreed to hear just such a petition on behalf of Suica, a chimpanzee, only to see the case mooted when the animal died before a decision had been rendered. “Criminal procedural law is not static,” the judge wrote in the order of dismissal, “rather [it is] subject to constant changes, and new decisions have to adapt to new times.” As Wise says, it only takes one.

Don’t say, “It can’t happen here,” because it can.
0
Print
Email
Prev Article
Next Article