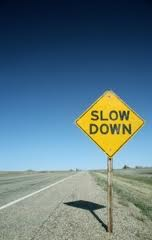 This is outright human experimentation—no matter how benignly motivated.  “Ashley’s Treatment,” that is giving massive doses of hormones to seriously disabled children to keep them small and sexually immature, seems to be spreading. (Ashley also had her budding breasts amputated, but that is not relevant here.) Now, it has been done in a male.  From the Guardian story:

Tom, who is 12 but has the cognitive capacity of a two-month-old baby and is totally dependent, according to his mother, is close to completing the treatment that began when he was almost eight. He weighs 70 lbs (32kg), is 53in tall (134cm) and is likely to remain that size forever. Tom lives with his parents and younger sister in Europe – his mother did not want to specify the country and declined to provide the Guardian with a photograph – and is happiest, she said, among his family when he is being cuddled. Because he cannot move independently, she has to carry him from his bed to a mat on the floor, or outside to the garden. Children like Tom are difficult to carry around, she said because “they are so strong and the muscles are so tense. A child weighing 25kg seems to be the weight of three because of the muscle spasms.”

But this is uncharted territory medically:

Her first meeting with the endocrinologist who would treat Tom lasted an hour. The doctor had never given a disabled boy GA therapy before, although he had used similar treatment on children who had grown unusually tall. He said he would use estrogen to speed up the natural closure of Tom’s growth plates and that, in turn, would stop the child growing. Many of Tom’s mother’s questions to the doctor went unanswered. “I asked him about the medication, will it cause more seizures, will it affect him falling asleep, will it affect his feeding issues? He had to repeat himself, saying, ‘I don’t know, I don’t know’.”

This is unethical human experimentation.  If caring for mature seriously disabled children and adults is a serious problem, then the proper studies need to be done and ethical concerns studied. But to just go off and stop puberty without knowing the consequences to the child should be stopped—regardless of the proper motives of the parents and doctors.
0
Print
Email
Prev Article
Next Article