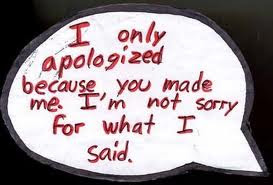 The promoters of the “after-birth abortion”—which has been removed from the Journal of Medical Ethics website—have issued a non-apology apology.  They were just misunderstood and misrepresented don’t you know. But that dog won’t hunt so I took to the Daily Caller to explain.  From “After-Birth Abortion Advocates’ Non-Apology Apology:”

In the wake of the firestorm they sparked, Giubilini and Minerva have issued  a classic non-apology apology — sorry for offending, they write, but after all,  this is merely academic discourse, and besides, the media misstated  what we argued. But they don’t actually take anything that they wrote back.  Here’s an excerpt from “An Open Letter from Giubilini and Minerva,” which was  published late last week on the Journal of Medical Ethics’ blog:

When we decided to write this article about after-birth abortion we had  no idea that our paper would raise such a heated debate. “Why not? You should  have known!” people keep on repeating everywhere on the web. The answer is very  simple: the article was supposed to be read by other fellow bioethicists who  were already familiar with this topic and our arguments [as] … this debate has  been going on for 40 years.

But that is precisely why it was important that the public sit up and take  notice. Bioethics is no mere debating society in which participants debate the  propriety of infanticide today and oppose it tomorrow. Rather, the field is — and has been since its inception — about changing the values and public  policies of society...Bioethicists haven’t discoursed about infanticide for 40 years because they  enjoy exploring novel concepts, but rather, because it isn’t easy to convince  people — not even bioethicists — that killing babies is acceptable.

I explain how the bioethics discourse often leads to societal public policy changes:

Here is the pattern: In the 1960s, the propriety of abortion was actively  promoted in professional journals, leading directly to the great denouement of Roe v. Wade. Similarly, in the 1970s, bioethicists argued that it  should be acceptable to withdraw feeding tubes from people with severe brain  damage, an idea that was once beyond the pale. After a general bioethical  consensus toward that end was achieved, the “concept” soon became public policy.  Now, people who are unconscious and minimally conscious are dehydrated to death  in all 50 states as a matter of medical routine. Terri Schiavo was only unusual  in this regard because her blood family made such a stink.

They then claim that their assertions were misrepresented.  But I give a litany of quotes from the article.

The authors were unequivocal in asserting their beliefs. Here are a few  representative quotes, none of which they recant in their  non-apology:

The bioethical and medical journals often carry radical advocacy for the imposition of utilitarian bioethical alterations in how we care for the sick, the elderly, and the disabled. It is important that they not be allowed to fly above the radar.  The people have a right to know what is being planned for them, and if make their opposition clear.
0
Print
Email
Prev Article
Next Article