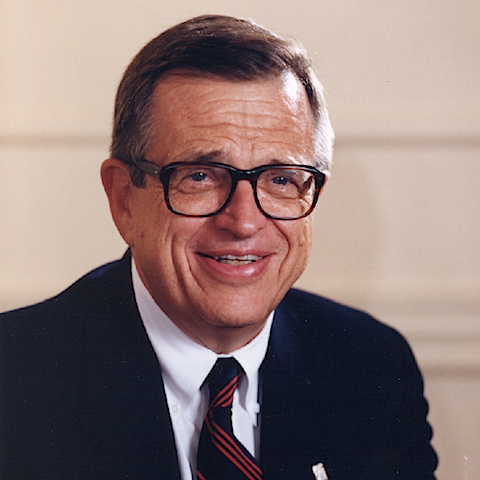 Charles Colson has gone home to be with the Lord. The Prison Fellowship ministry family invites you to join in celebrating his life.

My son, Jonathan, and I bumped into him at his BreakPoint ministry office a few years ago. It was my first visit there, just dropping in on Travis McSherley, the editor who had published some of my work on BreakPoint’s website. I had no idea then how unusual it was to see Chuck there—he traveled widely and was rarely in the office. He spent several minutes with us, graciously including Jonathan in the conversation, not seeming to be in a hurry, and making for me a solid impression of being a gracious and caring person.

I did not know then that within a few years I would be sitting with him in his office, explaining why I wanted to spend a year or two helping him and his team build a network of worldview ministries and foster a movement of Kingdom discipleship through them. My favorable five-minute impression from a few years ago was more than confirmed then, and in the several subsequent meetings I was privileged to be in with him. One of my more unforgettable moments was at the 2010 National Conference on Christian Apologetics, where he greeted me with a hug.

Someone once asked me, “Don’t you know he’s a convicted felon?” The question made me laugh. Yes, I knew that. I was a senior in high school when Watergate happened. We watched the proceedings on TV in my Government class. I read his autobiography, Born Again, not long after it was released, and I heard him speak about it at the Governor’s Prayer Breakfast in Lansing, Michigan; I think it was in 1976.

Chuck Colson himself never lost sight of the fact that he was a convicted felon. He also never lost sight of God’s gracious forgiveness through Jesus Christ. He founded Prison Fellowship Ministries, and led it to become a powerful force for spiritual, educational, and social change in prisons throughout American and around the world. But that is not the ministry or the realm in which I came to know and appreciate him. Rather it was in his leadership in Christian worldview thinking. In his Lansdowne, Virginia office, carefully protected in a glass case, there is one of C.S. Lewis’s pipes. I believe history will recognize Chuck’s place in a very small group of men including Abraham Kuyper, Francis Schaeffer, and of course Lewis, as leaders most responsible for framing evangelical Christians’ thinking about our faith in relation to the world.

He helped us understand How Now Shall We Live?, what Loving God really means, and how to be The Body [of Christ]. Traveling and speaking indefatigably, he sowed the message that Christianity is the explanation for everything. He built a core of worldview-equipped, Kingdom-seeking lay leaders, called Centurions. He advanced the value of Evangelicals and Catholics Together: Toward a Common Mission, the crucial importance of life, marriage, and liberty, and in his most recent major release, Doing the Right Thing. He was a father who, as his daughter Emily has shown us (though he was not the main subject of this book), truly cared about the hurting. His BreakPoint radio commentaries helped millions to think more Christianly about current events.

I don’t know of anyone in our generation who has so effectively coupled Christian compassion with Christian intellectual leadership.

Over the last couple years he was much concerned about the legacy he would leave. Some of us might think what he had done would have been plenty, and if it had been for the sake of his own name, he might have thought so, too. It wasn’t about his name, though. For him it was about taking the opportunity his unique public platform afforded him to bring Christian leaders together in unity. What he prayed and worked for most over the past few years was to see a movement of Christian churches, ministries, and individuals working together for the purposes of Christ’s kingdom, to bring about renewal, awakening, and transformation in our culture. He was at it until the end. He was speaking on “Breaking the Spiral of Silence” when he fell ill and was taken to the hospital a few weeks ago. I’m told that he was talking about it with BreakPoint leaders who visited him in the hospital late last week.

I think we’re on track toward seeing this movement develop; at least, I pray that we are. There is much to be done.

There is opposition. The spiritual and cultural transformation Colson sought, and which we continue to pursue in Christ’s name, is not welcomed by all. I have been grieved to see the rank cruelty some commenters have expressed in discussions attached to reports on his poor health recently. (I will delete any such comments left here. He was a friend to me and to many of us, and this is not the time and place for that unkindness.) Many of those who applaud immorality have also cheered for his desperate illness. The connection is sickening but unmistakable. It stands in stark contrast to his own reaction to opposition: grief, yes; intense concern, yes to that, too; but never hatred, always grace and hope for the opposing person instead.

Along the way to prison, Chuck Colson discovered how desperately he needed the grace and life of Jesus Christ. I’ve never been behind bars except to visit, but my need is no less. Neither is yours. Chuck’s purpose in all his ministry was to lift up the powerful and saving name and life and ethics and truths and glory of Jesus Christ. Now he is raised up with Christ.