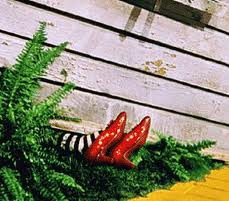 I predicted the outcome in my annual predictions: VT has killed the assisted suicide bill. From the Burlington Free Press story:

For nearly two hours Thursday afternoon, the Vermont Senate focused on legislation that would allow people with fewer than six months to live to opt for a lethal dose of medication. From the start, it was clear the legislation wouldn’t pass — and it didn’t, failing on a procedural vote. The point, though, was just to have the debate, supporters said. “Even though we didn’t win, we elevated the process. We had a good conversation and that has a lot of value,” said Sen. Hinda Miller, D-Chittenden, who brought the issue forward as an amendment on an unrelated bill.

Please. The point was to pass the bill.  And here’s how the “conversation” meme goes: We keep having “conversations” until the assisted suicide advocates get what they want. Then, the conversation stops. And if opponents want to talk about the need to reverse course, then they are accused of wanting to “take away rights.”

The real threat on the assisted suicide front this year is Massachusetts, where a voter initiative will be held in November to legalize doctor-prescribed suicide. May this outcome help opponents in the Bay State similarly produce a defeat for the culture of death.
0
Print
Email
Prev Article
Next Article